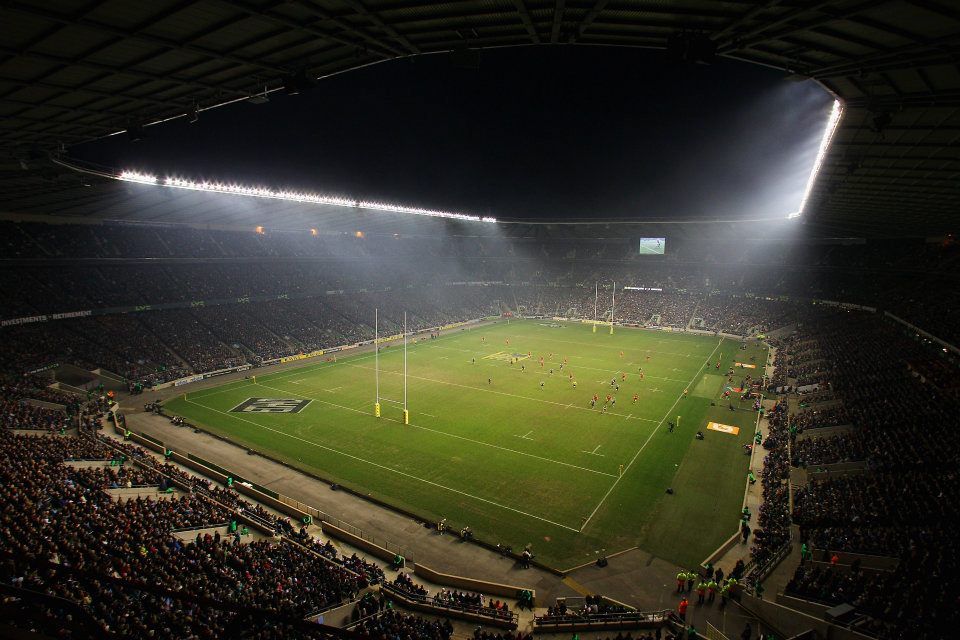 As the sport of Rugby Union was born in England, it is no surprise that they took part in the first ever international fixture in 1871, with a defeat to Scotland in Edinburgh. England have competed at every Rugby World Cup and have been the most competitive of the Northern Hemisphere sides, reaching the final on three occasions. In the 1991 tournament England beat France and Scotland en route to the final at Twickenham, where they lost 12-6 to arch rivals Australia. 12 long years later they had their revenge when an extra-time drop goal by Jonny Wilkinson handed England a 20-17 victory over the Australians in Sydney. The 2007 tournament in France also saw England make the final, losing out on this occasion to South Africa by a score of 15 points to 6.

Twickenham is the national stadium of rugby union in England, and plays host to national team matches, the English leg of the IRB Sevens World Series and club rugby finals. Twickers' has been the home of English rugby since 1907, with the first international at the ground seeing England defeat Wales 11-6 in January 1910. Twickenham has been redeveloped many times over the years into the world-class stadium it is today, ready and able to host the final of the Rugby World Cup in 2015.

The stadium is nestled in a pleasant area of Southwest London close to Heathrow Airport, with good transport links to Central London and beyond. There are three tiers of covered seating right around the stadium, with the East and West stands running the length of the pitch and North and South behind the posts. There are no standing terraces in Twickenham. Whilst you are quite high up in the Upper Tier, the stands are quite steep and close to the pitch, so it's not the end of the world if you find yourself in the heavens. 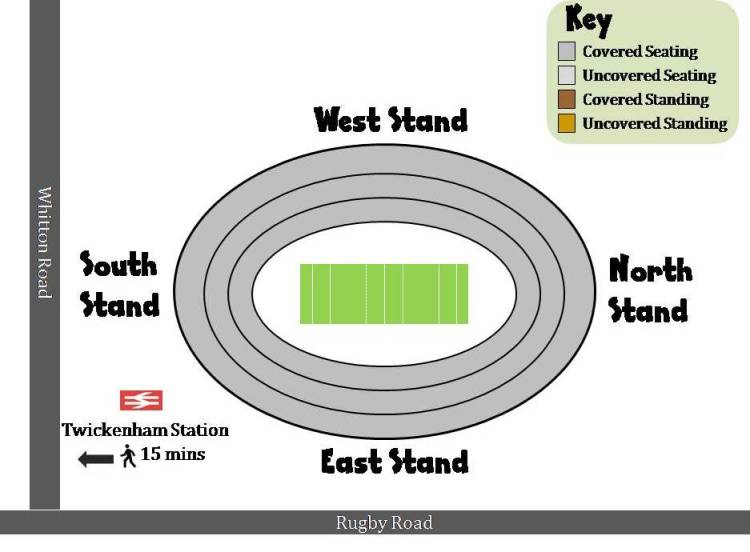 A concourse runs around the bowl of the stadium at each level, meaning if you so desired you could do laps (not unknown at the sevens!). There are plenty of bars, toilets and food outlets around the ground. Access to each concourse is via a mixture of stairs, escalators and lifts. On match days there are usually a selection of further bars and catering facilities on the ground level just outside the stadium or in the car park. There is also a Rugby Museum located in the East Stand, and a Marriott hotel built into the South Stand. 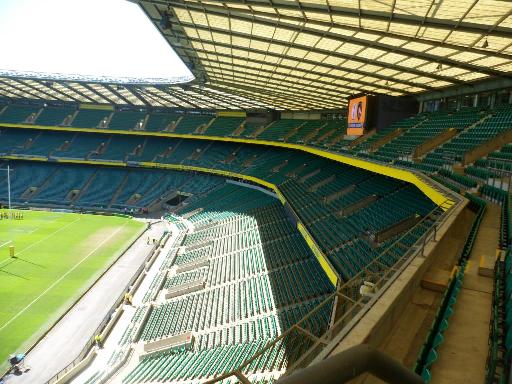 To get to Twickenham by road, the majority of drivers will exit at Junction 12 of the M25 onto the M3. From there, follow signs for the A316 and the stadium is just off the Whitton Road roundabout (by the car dealership). Stadium parking can be booked in advance via the RFU, but for big international games demand is extremely high.

Parking in the surrounding area is extremely difficult as it is mostly residents-only.

London's transport network is a bit of a labyrinth to the outsider, but Transport for London offer an excellent journey planner that can help you get to the ground in the most efficient way. The majority of visitors to Twickenham use the train, and there are a few options to choose from;

Twickenham Station Twickenham station is around 10-15 minutes walk from the stadium, and is served by regular services between London Waterloo and Reading. The majority of trains also call at Clapham Junction for those connecting from other parts of the South London and further afield in (e.g Sussex, Hampshire, Dorset). The journey time from Waterloo is around 30 minutes.  Twickenham station can get extremely busy on match days and is not particularly well suited for handling large crowds, so you may find yourself held outside in a queuing system on the return journey. Upgrades were made in time for the 2015 Rugby World Cup and there are additional services operating on match days, but the trains can still be very crowded. So if you aren't a fan of getting up close and personal with your fellow passengers your best bet is to head to Twickenham well in advance of kick-off or hang back to avoid the post-match rush. There are plenty of nice places to eat and drink! Richmond Station An alternative is to travel to Richmond station, which is served by rail services on the same line as those serving Twickenham (but you jump off a couple of stops earlier), and also by the District Line of the London Underground. The District (green to non-capital dwellers) Line trains serve Central London destinations such as South Kensington (25 minutes) and Westminster (35 minutes) where a multitude of connections can be made. Although a longer walk (approximately 30 minutes to the ground), Richmond is a popular spot for pre-game drinks and is usually served by special buses on match days that operate from the station to the stadium for a small fee. St Margarets Station A final option is St Margarets station, which is the stop in between Twickenham and Richmond, therefore also served by trains from London Waterloo. It's about a mile from the station to the ground and has plenty of good pubs around, but will definitely be quieter.

National Express offer coach services from a range of destinations in the UK to Twickenham on match-days, and offer a competitive alternative to transferring through central London for the majority using rail services.

Heathrow Airport - 7 miles Twickenham is a short distance from the behemoth that is Heathrow Airport, and is so close to the flight path that you can usually spot an A380 or 777 coming into land over the stadium during dull periods in a match! Flights operate to destinations around the globe.
From Heathrow, take the Piccadilly Line to Hounslow East station, and transfer to the 281 bus which passes the stadium. Total transfer time is around 45 minutes. If you are staying in Central London, the Heathrow Express to London Paddington is by far the quickest journey into town at 15 minutes, but is also the most expensive. If you don't mind spending a bit more time on the final leg of your journey, take the regular stopping rail service to Paddington (25 minutes), National Express coach services (40-80 minutes) or the Piccadilly line of the London Underground (50-60 minutes). Gatwick Airport - 42 miles London Gatwick airport is also easily accessed from Twickenham - simply take a train towards London (not the Gatwick Express if you want a much cheaper fare for a marginally longer journey) and change at Clapham Junction for services to Twickenham. If you are travelling into London, there are direct services to London Victoria and London Bridge stations. Luton / Southend / Stansted / London City The other four main airports serving London can also be used for a trip to Twickenham, particularly if you are staying in the centre of town. Each have rail links into London and from there you can follow the rail / underground instructions above to get out to Twickenham.

The best spot for pre/post-match beers depends on your choice of public transport. There are two main hubs for supporters - Twickenham and Richmond. There is usually a good buzz around both areas on matchday so it's well worth heading out in advance to sample the atmosphere.

Inside the stadium there are plenty of things to eat, both on the concourse levels and outside. Away from the stadium, there is no desperate need to head back to Central London as you'll find lots of options in the bars and restaurants of Richmond and Twickenham, whilst the majority of bars listed above also serve food. There will also be street vendors set up on the route between the train stations and the stadium, which is handy if you are in a rush but as you might expect you'll pay a bit of a premium. 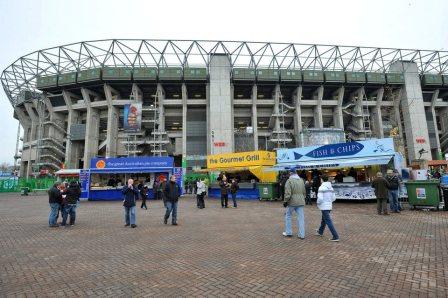 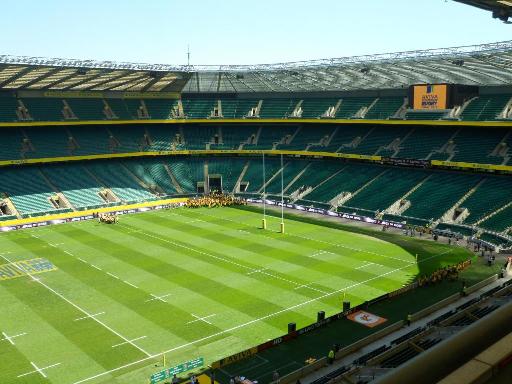 Whilst in the area, you could check out the World Rugby Museum in the stadium that is home to a wide range of rugby memorabilia and charts the history of the sport. Alternatively, Hampton Court Palace, Richmond Park and the Royal Botanical Gardens in Kew are in close proximity, whilst all of London's attractions are within easy reach.


Drinking in the Ground