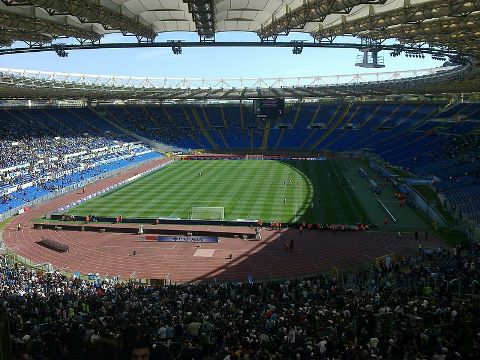 Rugby has been played in Italy for over 100 years, and the Federazione Italiana Rugby (FIR) was formed in 1928. Although football, basketball and cycling make most of the headlines in the country, rugby union has a strong following, particularly in the North where the majority of clubs are based, including Treviso and Zebre who compete in the RaboDirect Pro12.

The Azzurri have improved both on and off the pitch since joining the Six Nations, defeating several of the more established sides. Their pride in the shirt and determination to succeed has however earned the affection of the locals, who have been been attending in ever increasing numbers, leading to the side switching from their original home at the Stadio Flaminio to the larger Stadio Olimpico in 2012. Whilst the Stadio Olimpico hosts all Six Nations games, in an effort to spread the rugby gospel the federation do like to host other internationals around the country.

Italy have competed at all six Rugby World Cups, without ever making it past the group stage. The FIR have ambitions to host the tournament though, having made unsuccessful bids for the 2015 (England) and 2019 (Japan) tournaments. If they do get the chance to host a World Cup, it will be a great opportunity to further the growth of the sport throughout the nation, with much of the infrastructure already in place.

Opened in 1928, the Stadio Olimpico has a capacity of just over 70,000. The stadium has undergone many redevelopments over the years (most recently in 2007) and today boasts smart modern facilities. It is located around 4km North of the City within the Foro Italico sports complex.

The stadium's stands along the touchlines are the Monte Mario and Tribuna Tevere, and as expected are where the more expensive tickets are located due to their proximity to the pitch. Behind the posts are the Curva Nord and Curva Sud, where the bends of the running track mean that supporters are far from the pitch, although tickets are priced to reflect this. The Curva Sud is is the larger of the two, whilst three corners of the ground are known as the Distinti. 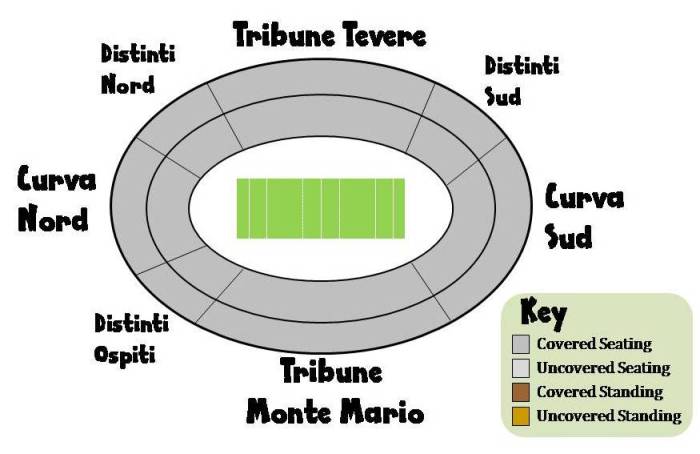 As it also acts as an athletics stadium, there is unfortunately a large running track around the pitch that separates supporters from the action a little. Despite the distance from the pitch for some supporters, the atmosphere in the stadium can be fantastic - particularly if the home side are performing well. 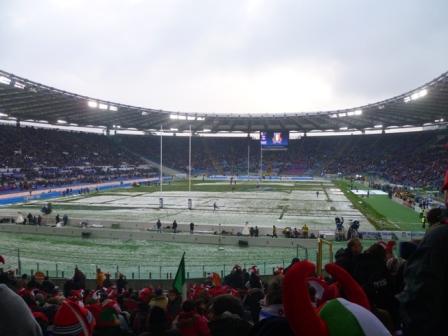 View from the Curva before a snowy Six Nations match

By Train (to Rome)

The majority of inter-city trains arrive at Termini station to the East of the City Centre. The station is a main hub of the Italian rail network, with services operating to Florence, Naples and Pisa amongst others. International rail services also operate to destinations including Paris, Munich, Geneva and Vienna. Both of the city's metro lines stop at Termini also.

By Train (to the Ground)

The stadium is served by Rome's Tramline 2, with the Mancini stop located nearby. Connections to the tramline can be made from metro stop Flaminio Piazza Popolo. You can purchase single (Biglietto) or unlimited day tickets (Biglietto Giornaliero) from Tabacchi shops or metro stations. Make sure to validate your ticket in the yellow machines before boarding.

The #32 bus from metro stop Ottaviano will take you to Stadio Tennis, a short walk from the stadium.

Fiumicino is the principal airport serving the city, and the largest airport in Italy. Many of the world's flag carriers (including Aer Lingus, British Airways, Air France and Alitalia) have a presence at the airport, as do budget carriers Easyjet, Jet2.com and Valencia. Scheduled services operate to Birmingham, Bordeaux, Bristol, Dublin, Leeds/Bradford, London (Gatwick, Heathrow and Luton), Lyon, Manchester, Paris (CDG and Orly) and Toulouse amongst others.

Fiumicino is around 30km from the city, and getting into town is easy - regular express trains (known as the Leonardo Express) take 35 minutes to Termini station, where the metro can take you on to your final destination. As it's primarily a tourist train, the tickets are quite expensive so if you want to save your pennies consider taking the Metropolitan train to Tiburtina or Ostiense station where you can connect to Metro Line B. Note that for both services you need to get your ticket validated in the yellow machines prior to boarding. Alternatively, Terravision and Sitbus buses take a little longer (around an hour to Termini station) but are the cheapest way to travel between the airport and City.

Unlike the majority of airports of this kind, Ciampino is actually within easy reach of the city centre. Either take a direct bus to Termini station (Terravision or Sitbus) or take a local bus to Anagina station to connect to Metro Line A.

Alcohol is widely available both inside and outside of the stadium, with beer tents set up and plenty of bars within the ground itself.

As rugby is not the sport of the masses in Italy (and especially not in Rome), you probably need to plan ahead to find somewhere showing televised rugby. 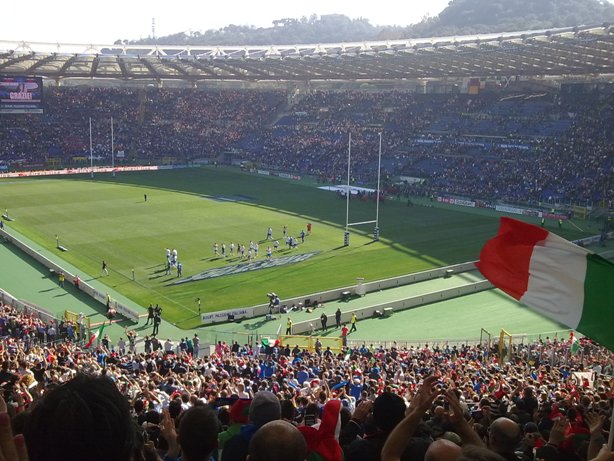 The best food is likely to be found in town, but there are plenty of food stands just outside the stadium to attract the passing flow of supporters before and after the game.

There are a wide range of accommodation options in Rome befitting one of the world's most popular tourist destinations. There are a few options in the area around the stadium, including the Hotel Villa Glori and Villa Riccio. The majority of fans will however opt to stay closer to the city centre and travel out to the stadium.

Rome is known as the Eternal City, and is the home of Roman Empire, the Vatican City and a UNESCO World Heritage Site to boot. Combine the sights and attractions with great food and culture, and you could easily spend a week exploring and enjoying the city, if your budget can stretch! 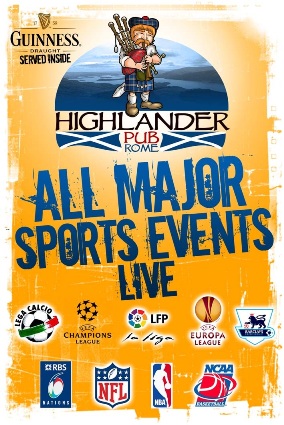