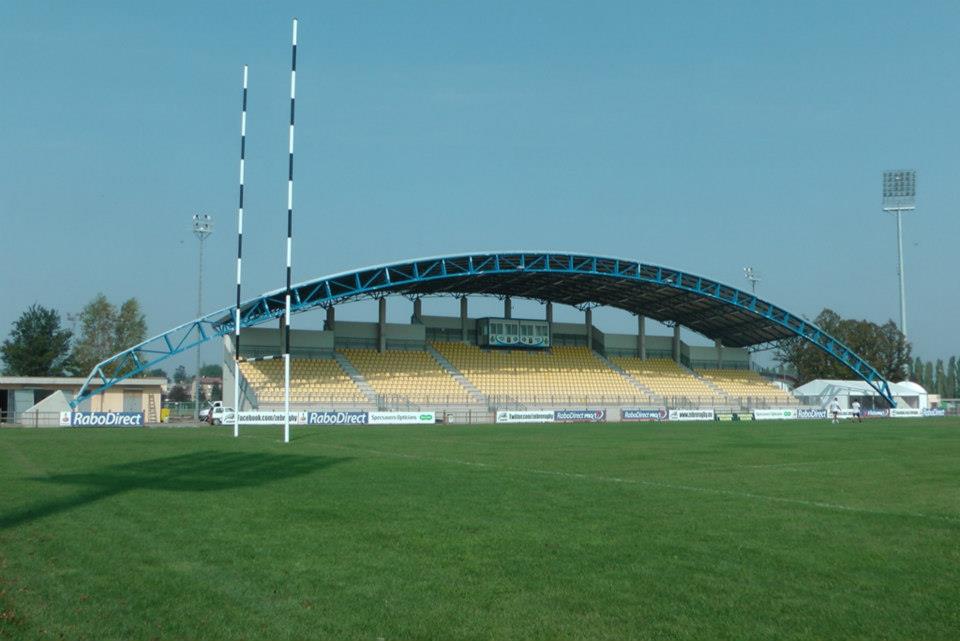 Zebre (translated as the Zebras) were formed in time for the 2012-13 season as Italy's second professional club rugby team (the other beingTreviso). The club competes in the RaboDirect Pro12 and Heineken Cup. The side replaced a previous representative Aironi who ran into financial difficulties and had their license revoked at the end of the 2011-12 season. The club are based in Parma and play their home fixtures at the Stadio XXV Aprile.

The Stadio XXV Aprile is located on the Northern outskirts of Parma, a small city in the North of Italy. The ground was opened in 2008 to replace the previous home of rugby in Parma, the Stadio Sergio Lanfranchi. The ground also hosts the home fixtures of Italian league sides Crociati Parma and Gran Parma.

The stadium is small but neat, with two main seated stands (Tribuna Ovest and Est) on either sides of the pitch with a curved roof to both structures. Both offer covered seating to the rear and a small section of terracing at the front for those who wish to stand. The seats are relatively comfortable but plenty of supporters take their own cushions. 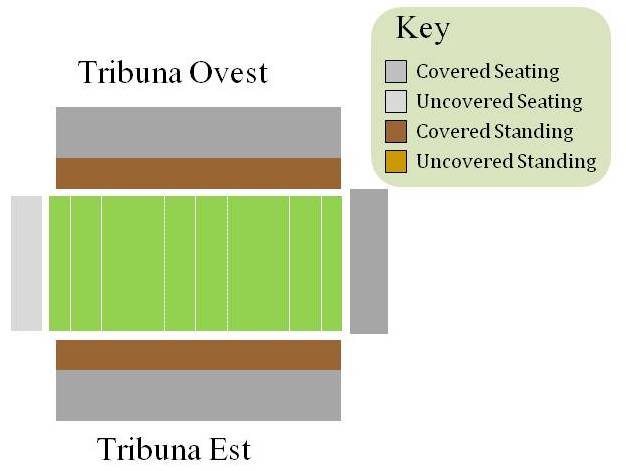 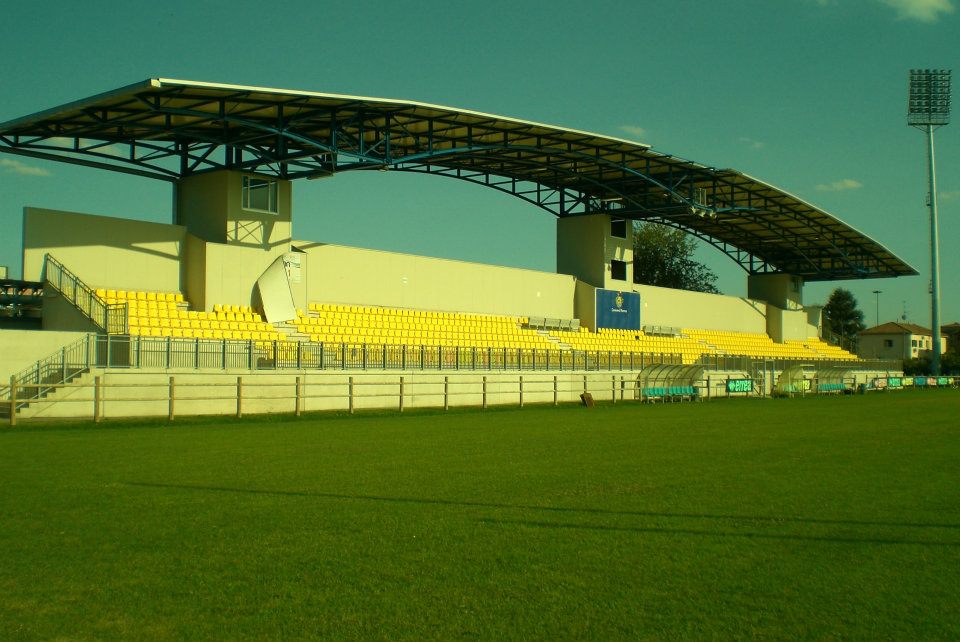 Bus numbers 2 and 7 go from the city centre (Piazza Garibaldi or just nearby) will take you close to the ground. The frequency is every 15 minutes most days and 30 minutes on Sundays.

Get off at Centro Torri, which is a shopping centre that is much easier to spot than the stadium. The entrance to the ground is across the road and slightly back towards Parma, but hidden from view as it is down a side street.

Alternatively, the stadium is about a 40 minute walk from the centre.

Parma's train station is located to the North of the city centre, around 1/3 of the way between the centre and the stadium. It is on the Milan to Bologna line which has regular services (every 30 minutes during peak hours to every 90 minutes off-peak). Some trains are Regional (i.e. stop more frequently and therefore are slower) whilst others are InterCity / Freccia (faster). By booking in advance you can often get some cheap fares, but the general rule is that the faster the service the more expensive the ticket.

The station is sadly not on the fastest 'TGV-esque' trains that bypass Parma.

The RailEurope website offers tickets and a useful journey planner. Or if you are buying on the day, your sketchy Italian won't be an issue as all the ticket machines have English translations, are simple to use and take cards.

There are several options to consider when flying to this region of Italy.

Parma has a tiny airport located 5km from the city, but at the time of writing the previous Ryanair service from London Stansted had been discontinued. From the airport you can take a taxi, or hop on the hourly bus number 6 to the train station in Parma.

A much more substantial airport, Bologna is situated around 95km away from the city. Flights operate to destinations including Edinburgh, London (Heathrow, Stansted and Gatwick), Lyon and Paris. Once on the ground, take a shuttle bus (timetable) to Bologna station for the short train ride to Parma. Total transfer time is around 1.5 hours.

Milan's principal airport is located to the North of the city, around 170km from Parma. Scheduled services operate to many destinations in Europe, including Birmingham, Dublin, Edinburgh, Lyon, Manchester, Marseille, London Gatwick/Heathrow/Luton, Paris and Toulouse.

From the airport, there is a shiny new train service called the Malpensa Express to take you into Milano Centrale station, where you can transfer to a train to Parma. Total transfer time from airport to Parma will be around 3-4 hours. At the Airport you can't buy a through ticket to Parma though - so you'll have to head to the main train station and buy another.

Be careful of another train service from the airport that goes to Milano Cordona which is SW of the City Centre and does not provide connections to Parma.

Linate is the most central of the three Milan airports to the city, and although smaller does offers flights to Dublin, London (Heathrow and Gatwick) and Paris (CDG and Orly). Take a bus or taxi to Centrale station for connecting trains to Parma - total transfer should be around 2 hours.

Milan Bergamo is Ryanair's airport of choice in the area, and as expected is some distance (45km) from the city and 164km from Parma. Scheduled services operate to destinations including Birmingham, Dublin, London Stansted, Manchester, East Midlands and Paris. Take the bus to Milano Centrale station for connecting trains to Parma. Total transfer time will be around 3 hours. 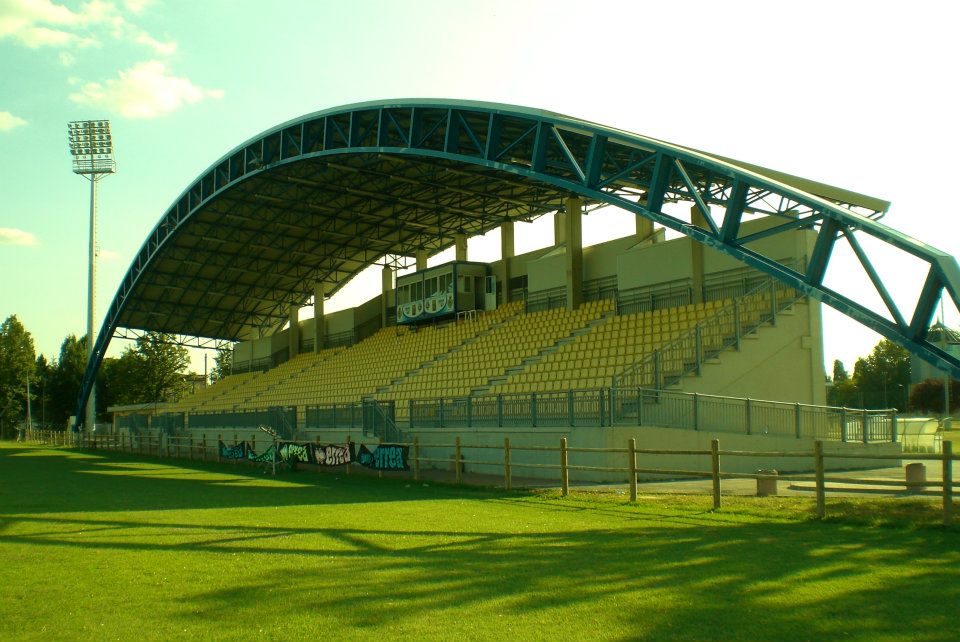 This section is empty! Have you been to Zebre's ground? Let us know here.

Amatori Parma's clubhouse is just next to the stadium, and opens several hours before kick-off and remains open afterwards. The clubhouse sells beer, hot drinks and meals.

If all the culture in Parma is getting too much for you, or you want to catch some televised sport, try Irish bar Dubh Linn on Borgo de Correggio behind the cathedral. 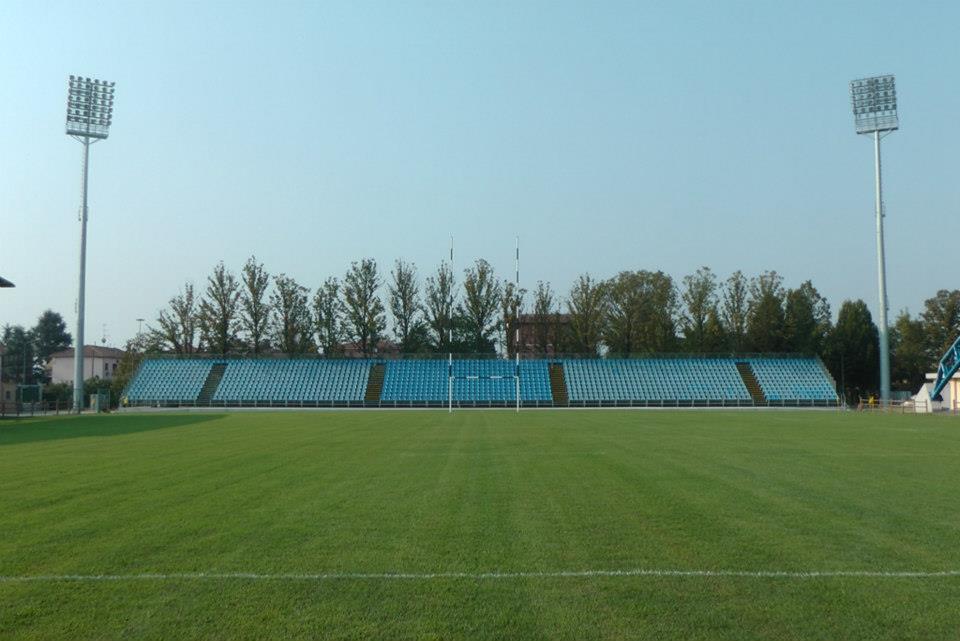 Zebre are trying to develop a good atmosphere for visitors to the ground by having hog roasts, barbecues and a bit of a party atmosphere after the game. There are usually several temporary bars around the pitch and during the game drinks can be purchased from your seat!

One recommended restaurant where fans will be welcomed with open arms by the a rugby-mad owner is "Dalla Via Emilia Al West" in the centre of Parma. Thanks to Connacht fan Liam for providing this tip. 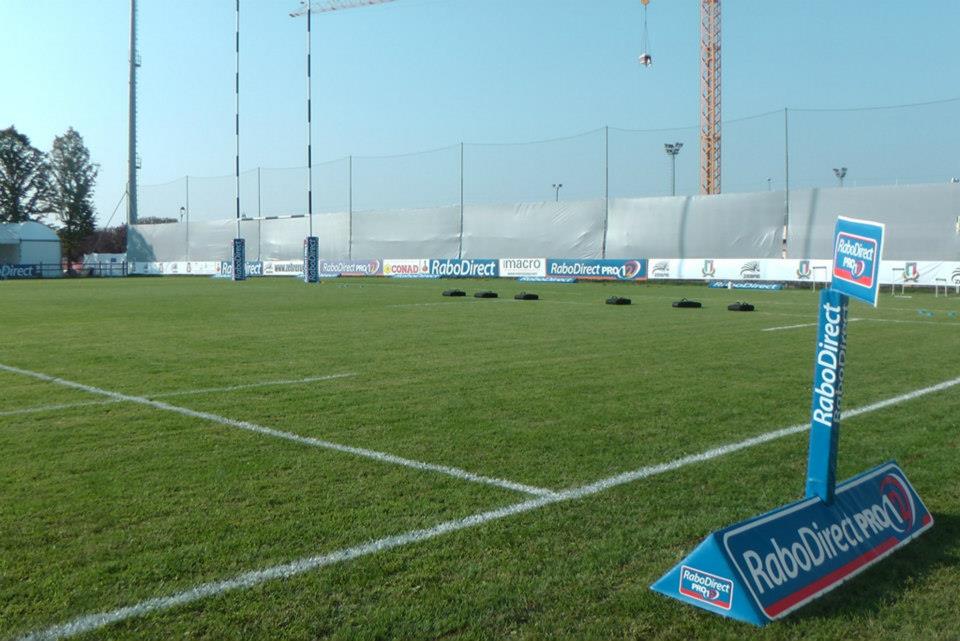 The North End of the Ground 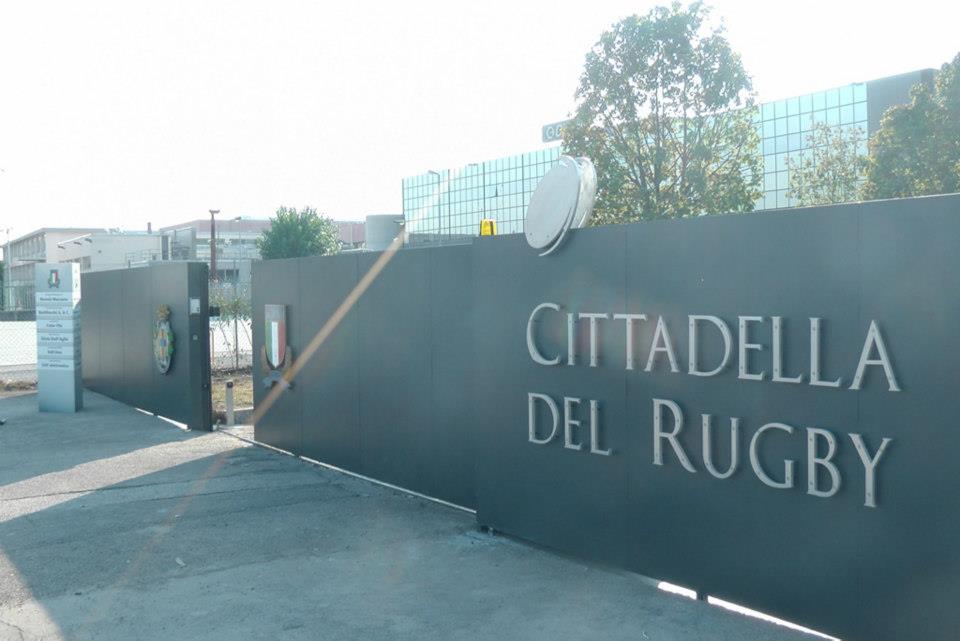 Parma is a well-heeled provincial Italian city, and a great destination for a short trip. The historic city centre area is where most of the sights can be found, including a beautiful cathedral, baptistery and opera house (Teatro Regio). The city is famous for fine food, and there are plenty of places where you can sample some of the local specialities, or if you are real foodie there are plenty of tours on offer. Much of the City shuts down on Sundays, so if the weather is fine head to the pleasant Parco Ducale just outside the city centre.

Bologna is another option and perfect for a day trip - great architecture, some of the best food in Italy and a 20-minute walk from the train station to the centre of town.

Other alternatives include Milan, Monza (home of the Formula 1 track) and Modena - home to the Enzo Ferrari museum. Petrolhead heaven.