Worcester has had a rugby club since 1870 when it was founded by cleric Rev. Francis John Eld, who was a headmaster at a local grammar school. The club started their playing days in white shirts on 8th November 1871. Pre-1900, the club played at Pitchcroft, next to the city's cricket club. The club went through many ups and downs from inception to 1913 when it was even disbanded for 7 years! The club has had many homes over the years until settling at Sixways in 1975.

During the 1990s the club rocketed through the leagues and set out on a long road to developing the stadium and facilities. The decade also saw the arrival of Cecil Duckworth as chairman, a role he still holds today. In 1996 rugby union turned professional in England, and Worcester followed suit in the chase for top-flight rugby. Having missed promotion to the top tier in the late 1990s, the club began the new millenium in National One (now the Championship). Finally in 2003-04, Worcester made it into the Premiership as Worcester Warriors.

The modern history of the club continues to be as varied and colourful as the first century - in recent years the Warriors have challenged for the European Shield, Middlesex Sevens and European Challenge Cup, failing at the final hurdle in each.

Sixways Stadium is so close to the UK's motorway network that it can be seen travelling North or South on the M5. Following the development of the Slick Systems (East) Stand, the stadium has a capacity of 12,024. Due to the central location, accessibility, world class facilities and state-of-the-art training areas, Sixways regularly hosts major events including U20 6 Nations fixtures and LV= Cup finals, not to mention a host of non-rugby events provided by parent company Sixways Events.

The main stand is the 6,000-seater East Stand which was completed in 2008. This stand houses a restaurant, hospitality suites and corporate boxes. Within the stand you'll find a bar, the food village, club store and box office.

Opposite lies the West Stand, with the clubhouse bar and further catering options. The Sixways Premier Suites Upper and Lower are located at one end of this stand, where there is a large bar that usually has a live band on after the game. There is also a small section of standing spots at the Northern end of the West Stand. 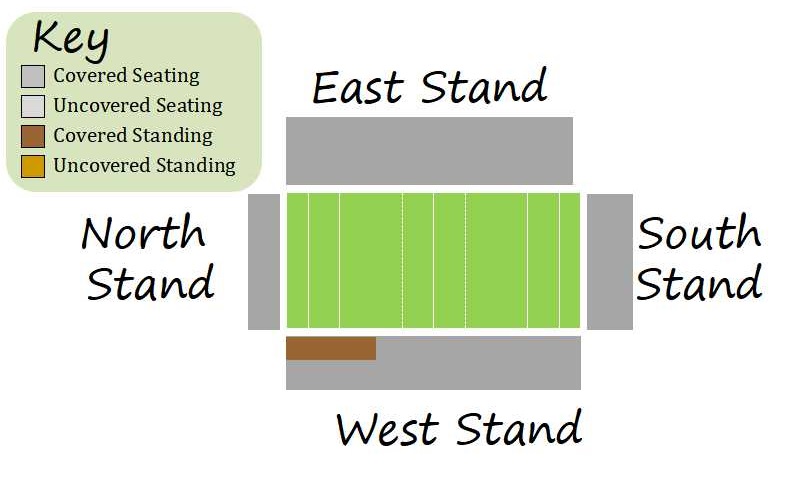 Above the Clubhouse Bar on the Second Floor is the International Bar (complete with rugby memorabilia past and present) and Hallmark Bars (debenture holders only). The West Stand has the only standing area in the ground. This is very popular with home fans so tickets are limited. Take note however, it's also the only uncovered area in the ground!

The South Stand sits behind the posts, with 30 hospitality boxes and a bar in the middle of the stand for supporters to meet, eat and drink. Finally, to the North of the ground is the Fragrance Mad Stand, an all-seater affair where many families choose to sit.

The club has aspirations to expand in the medium-term, with the Chief Executive even looking to a capacity of 20,000 in the future. However, with an average attendance of less than 10,000 in the 2016-17 season and the club spending most seasons staring nervously at relegation it is unlikely these plans will be brought forward any time soon.

Sixways Stadium is ideally situated for access from Junction 6 of the M5 motorway via the A4538 (sign-posted Droitwich), however there is no on-site parking on a match-day unless you have pre-purchased a parking permit from the club. The club and local council organise Park and Ride and Park and Walk on all match-days.

Note - there are controlled parking zones on all roads near to the stadium, unless you park in a designated parking area you are likely to get a ticket! Also, Make sure you leave plenty of time to get to the ground, especially on a Friday night as the roundabout  at Junction 6 is notoriously busy in the lead-up to kick-off.

The Park and Ride is offered from 2 locations in Worcester. Both are easy to find as they are signposted "Worcester Rugby - Park and Ride". The parking is free but the bus carries a charge.

This is particularly popular with home fans and therefore fills up quickly. Leaving from Junction 6 of the M5 take the A4440. At the first roundabout take the third exit onto Wainwright Road, where you will see "Worcester Rugby - Park and Walk" signs. It will take 15-25 minutes to walk to the ground, dependent on what part of the road you manage to park on. The designated route will take you off paved walkways through Offerton Lane, directly to the ground. It is likely on most months of the year that the path will be muddy. Also note that the route is not particularly well-lit so walking in the dark can be precarious - perhaps bring a torch! 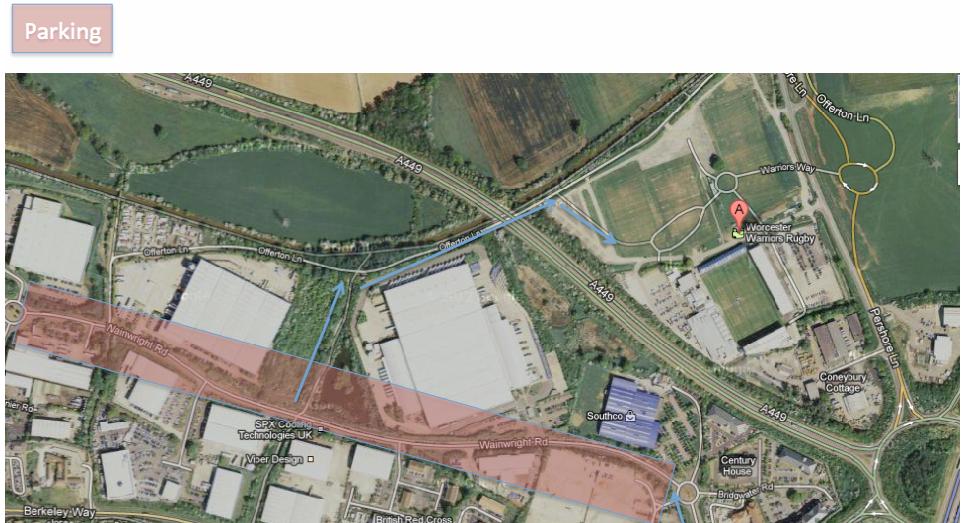 Worcester has two train stations - Foregate Street in the city centre and Shrub Hill on the edge of the main shopping area. Either station can be used for access to the ground though Foregate Street, being situated just off the High Street gives better access to local pubs, shops and public transport links.

From Foregate Street station, there are Rugby Special buses that run from Worcester bus station a short walk away. They operate from 2 hours before the game and return up to 90 minutes after the final whistle.


Birmingham International Airport is just over 30 miles from Worcester. From the airport, you can take a short train to Birmingham New Street and change for a connecting service to Worcester. Total transfer time is around 80 minutes.

Sixways stadium complex is bisected by the Birmingham to Worcester canal, so those of you with a boat can travel to Sixways and moor a 2-minute walk from the stands!

In The Ground Sixways is not short of drinking options. Most away fans congregate at the junction of the North and West stands and partake in the Greene King-supplied lager, beer and cider. Match day sees the arrival of a selection of real ales in the Coliseum Bar, where you can also find the Warriors Supporters Club and post-match entertainment.

Under the East Stand you will also find multiple bar areas serving the full selection of draft beers and ciders as well as soft drinks. Before/After the Game

Worcester city centre is a short distance away by car, bus or taxi and has a wide selection of places to drink. 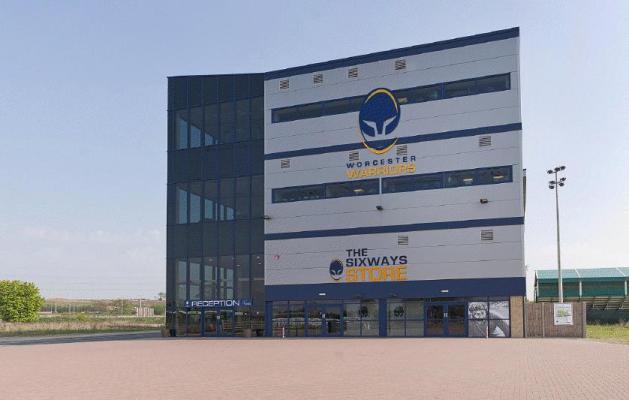 At the ground there are plenty of food stands selling the usual selection and some not-so-usual options - burgers, hot dogs, local faggots, steak pie and curry. The Scrum Club is a great place to meet, greet and eat with fellow fans. If you're looking for hospitality options in the ground, these can be found on the club's website.

In town, try the High Street for a mix of chain and independent restaurants.

Worcester mixes historic buildings and attractions with modern shopping and dining. Situated in the heart of England, it is a gateway to the Midlands and further afield. There are many attractions to see either on matchday or if you decide to make a weekend of your visit.