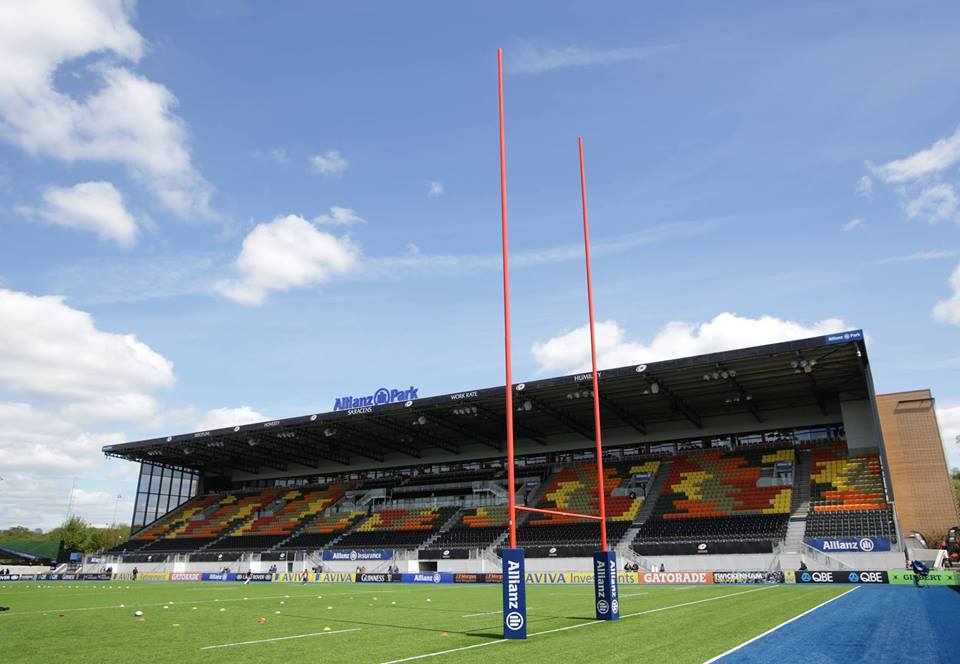 The East Stand at Allianz Park

Saracens compete in the English Premiership, Anglo-Welsh Cup and European Cup. The side have a long and colourful history dating back to 1876 when the club was founded by a group of old schoolboys in North London. In 1995, the club gained a significant financial backer in Nigel Wray who has helped to recruit stars from both home and abroad, and continues to do so. Today the club is home to a significant number of South African-born players amongst a number of other nationalities. In 2006, Saracens moved home ground (something of a trend over the years!) to Vicarage Road, the home of Watford Football Club where the club remained until 2013.

The home of Saracens since 2013 has been Allianz Park, located in the North London suburb of Hendon. Traditionally an athletics stadium (known as Barnet Copthall), the ground has been completed redeveloped and controversially features an artificial pitch that has been specially developed for rugby. Whatever your opinion on artificial turf, it does give Saracens the advantage of being able to train on their matchday pitch, and will provide ideal playing conditions regardless of weather conditions. 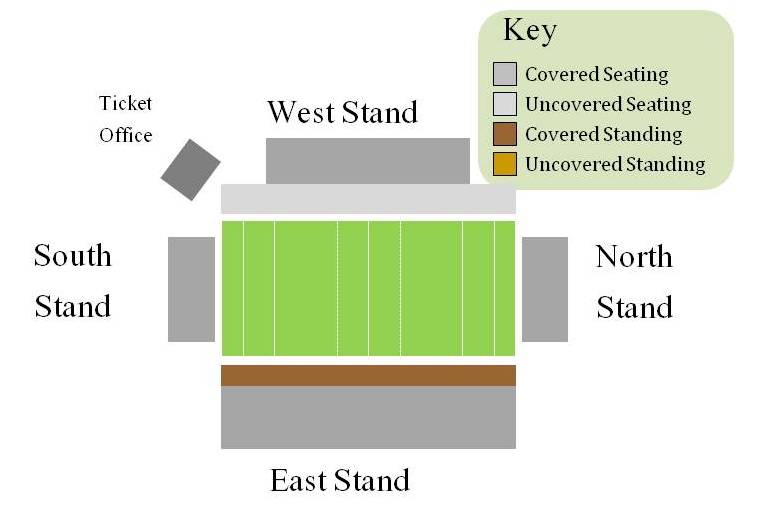 The main stand within the ground is the East Stand that runs the length of the pitch. There are nine blocks of seating that are rather randomly coloured, with a standing section to the front. The East Stand also has the majority of facilities, with a large dining room, two bars and 16 hospitality boxes. Sitting opposite is the West Stand, with the North and South stands behind the posts - all three are small partially covered all-seater stands, that have a bit of a temporary feel to them and can be a little cramped compared to the East Stand if the ground is near capacity. 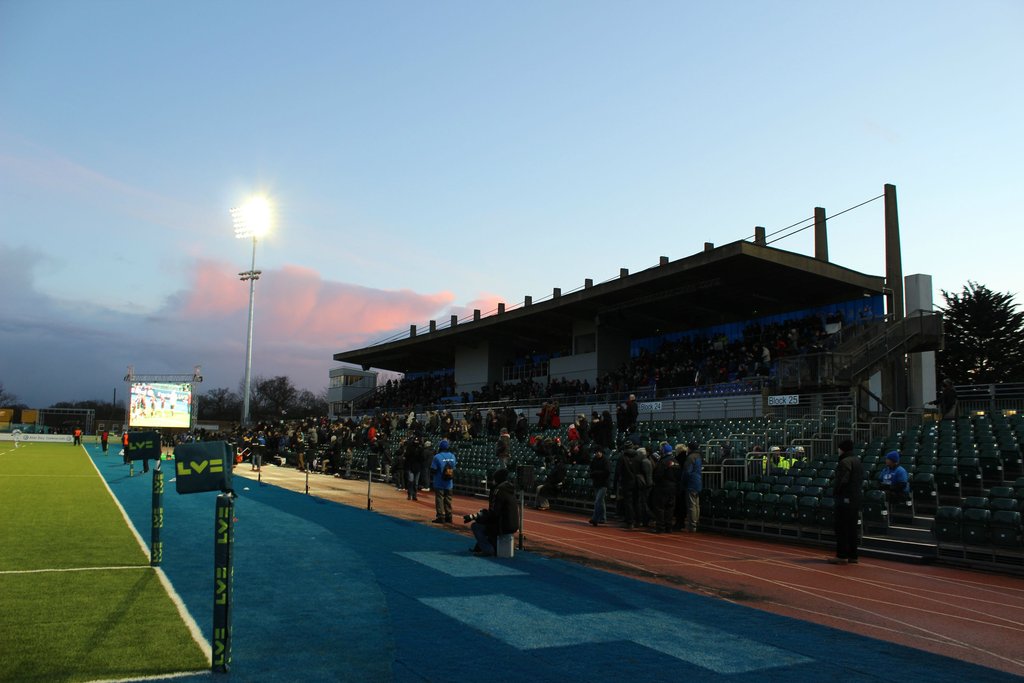 On-street parking in the residential areas around Allianz Park is extremely limited, though there are official car parks that can be booked in advance via the club. If possible, your best bet is to use public transport or park at Mill Hill Broadway or East Finchley stations and take the train for the rest of your journey.

There are a few options to consider when taking the train to Allianz Park. If you are travelling from London, Transport for London's journey planner is an essential aid. If you are visiting for several days, you should also get yourself an Oyster Card which provides cheap(er!) fares on the entire London Transport network, including the stations below. Bear in mind to leave plenty of time for getting to/from Central London, as there can be queues and delays getting onto the shuttle buses.

Mill Hill Broadway station is around 2 miles from Allianz Park, from where you can walk or take the 221 bus to the ground (alighting at Pursely Street). There are also shuttle buses running on match day from the station to the ground. The station is on the mainline rail network, and is served by trains operated by First Capital Connect. Regular services operate from the following to Mill Hill Broadway, with available onwards connections listed;

Mill Hill East station is around a mile and a half from Allianz Park. Services on the Northern Line of the London Underground operate to destinations throughout London. As the station is on a branch line, you may have to change trains to get to your destination, and make sure to get on the correct train as the line branches at several points.

There are shuttle buses running on match day from the station to the ground.

On matchdays the club have laid on 'Saracens Express' coaches which you can book in advance. The services have multiple pick-up points and will get fans to the stadium well in advance of kick-off, with return coaches departing following the game. To find out more, click here.

The most convenient airport for Allianz Park is London Luton Airport, around 25 miles from the ground. It is a popular hub for low-cost airlines such as Easyjet and Ryanair, who between them offer scheduled flights to destinations including Aberdeen, Belfast (International), Bordeaux, Dublin, Edinburgh, Glasgow (International), Kerry, Knock, Milan (Malpensa), Nice and Paris (CDG).

London's largest airport Heathrow is around 20 miles from the ground, and offers flights to destinations across the world. To get to Allianz Park, you will likely need to travel into Central London on the train or bus, then use one of the alternatives listed above.
London Stansted Airport

London Stansted is 40 miles by road to the North-East of Allianz Park. From the airport, you can take a train or bus into Central London to connect with alternative services to the ground.
London Gatwick Airport

Gatwick Airport to the South of London is the furthest option from Allianz Park, but does have fast and regular rail services to Central London. 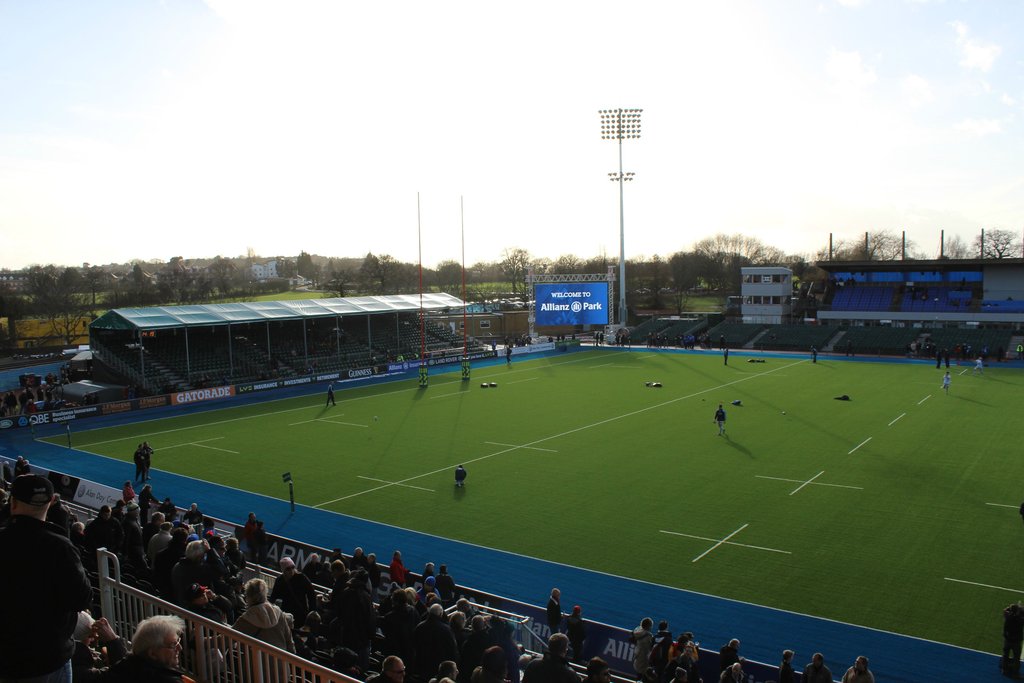 View from the East Stand (South Stand on the left)

In The Ground In the ground they serve up real ales (including 'Saracens Ale', which was chosen by the fans prior to their move), cider, craft lagers. There is a large public bar in the East Stand that can cater for 1,000 thirsty supporters, and several smaller bars dotted around the ground. On top of that, there is a player-owned 'Wolfpack' bus that also will serve up beverages. Before/After the Game

Sadly, there are no pubs in the immediate vicinity of the ground, but there is Hendon Rugby Club who are opening their clubhouse on matchdays to serve food and drink to visitors. Alternatively, Mill Hill RFC offers a friendly welcome to travelling supporters arriving via the Champions Way entrance to Allianz Park (thanks to Tim for the suggestions).

Also, the Adam and Eve nearish to Mill Hill East station offer a matchday package of food, drink and transport for those who book in advance.

There is a wide selection of good street food available in the ground, including pizzas (wood-fired no less), hog roasts, fish & chips, burgers and indian food.

As with boozers, there aren't many options in the area around the stadium. You will find restaurants around the two stations at Mill Hill Broadway and Mill Hill East, though we haven't received any recommendations as yet.

Obviously there are loads of options for accommodation in Central London, but if you want to stay really close to the ground here are a few suggestions.

Alternatively, if you are just making a flying visit or want to avoid the expensive accommodation in London, you could opt to base yourself in nearby Watford, or alternatively St Albans, Bedford and Luton are easily-connected by rail to Allianz Park.

London is on the doorstep, and most travelling fans will base themselves there to be close to all the action in the capital.