Sale football club was founded in 1861 (the current name was adopted in 1999), making them one of the oldest clubs in England. The club compete in the English Premiership, the Anglo-Welsh Cup and the European Cup / Challenge Cup. Throughout their long history Sale have continually been challenging for honours, and continue to fly the flag for rugby union in the North West today - today they are the only side from the rugby league-mad region in the Premiership following the relegation of Leeds in 2011. The Sharks moved homes in 2012 to the AJ Bell Stadium, where they ground share with rugby league side Salford City Reds.

The AJ Bell Stadium is one the most modern stadiums in rugby union, only opening in 2012 after a £26million construction job. It was originally known as the Salford City Stadium, with the name changing in 2013 following a sponsorship deal. The 12,000 capacity ground is located 8 miles from Manchester City Centre, and 5 miles from the town of Sale. 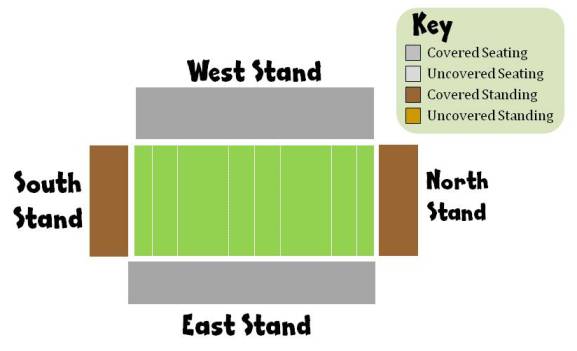 The main all-seater stand is the West Stand, that in addition to 4,500 fully-covered seats is also home to the executive boxes, TV gantry and disabled access. Sitting opposite is the East Stand, a smaller (2,500 capacity) covered all-seater stand. Behind the goal posts lie the North and South stands, with each offering 2,500 spectators covered standing space. As with most modern stadia, there are no obstructing pillars on any of the stands, so you are guaranteed a good view of the action. 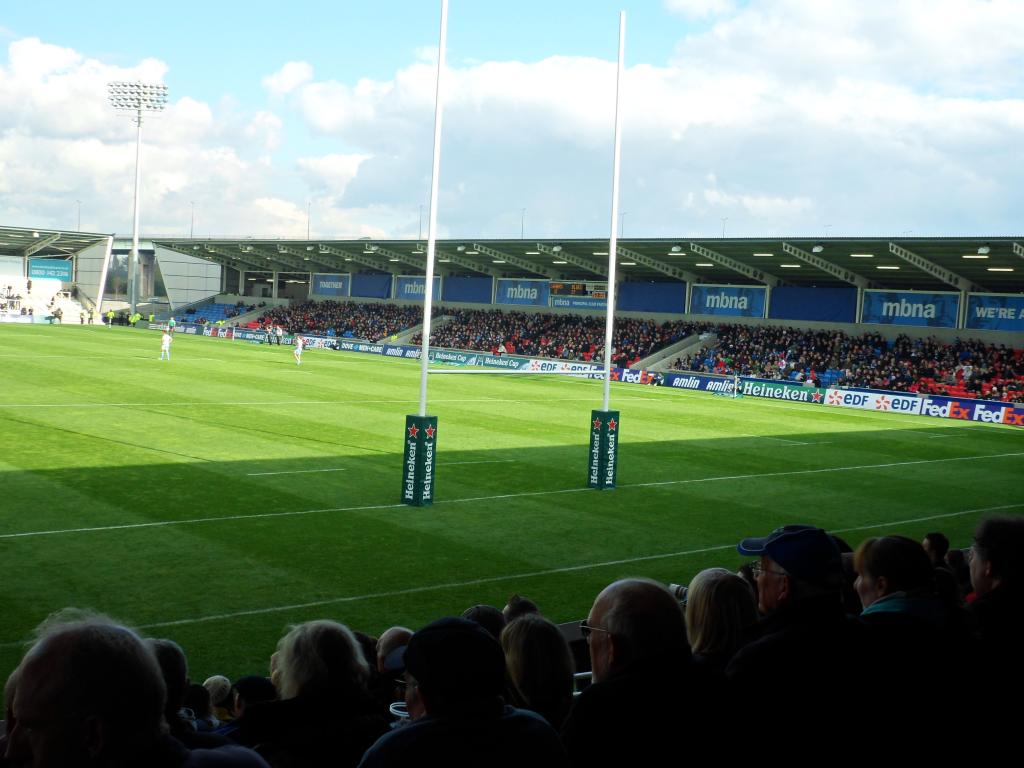 View from the South Stand, with the East Stand on the Right
Image: Sale fan James Mooney

The ground is conveniently located for drivers, less than 500m from Junction 11 of the M60. There is parking for over 600 cars on site, with a £5 charge, with additional temporary car parking in place on match days. If you find that this is full, you can also park a short walk away at Manchester City Airport (M30 7SA) and Salford City Academy (M30 7PQ).

The nearest train station is Patricroft, 1.5 miles from the ground and a 10-minute journey from Manchester Piccadilly station. Note there is no service on a Sunday to this station.

From Manchester, the number 67 bus operates a regular service to Liverpool Road, 2 mins walk from the stadium. The bus departs from Victoria Station and Deansgate amongst others - full details here.

Although the Manchester area is blessed with an extensive tram network, it doesn't particularly serve the stadium. The nearest tram stop is Eccles, quite a long walk from the ground or you can pick up the 67 bus from there to complete your journey.

Alternative airports include Liverpool (35 miles to the West), Leeds-Bradford (45 miles North-East), and Birmingham International (95 miles South but only 110 minutes by direct train to Manchester). 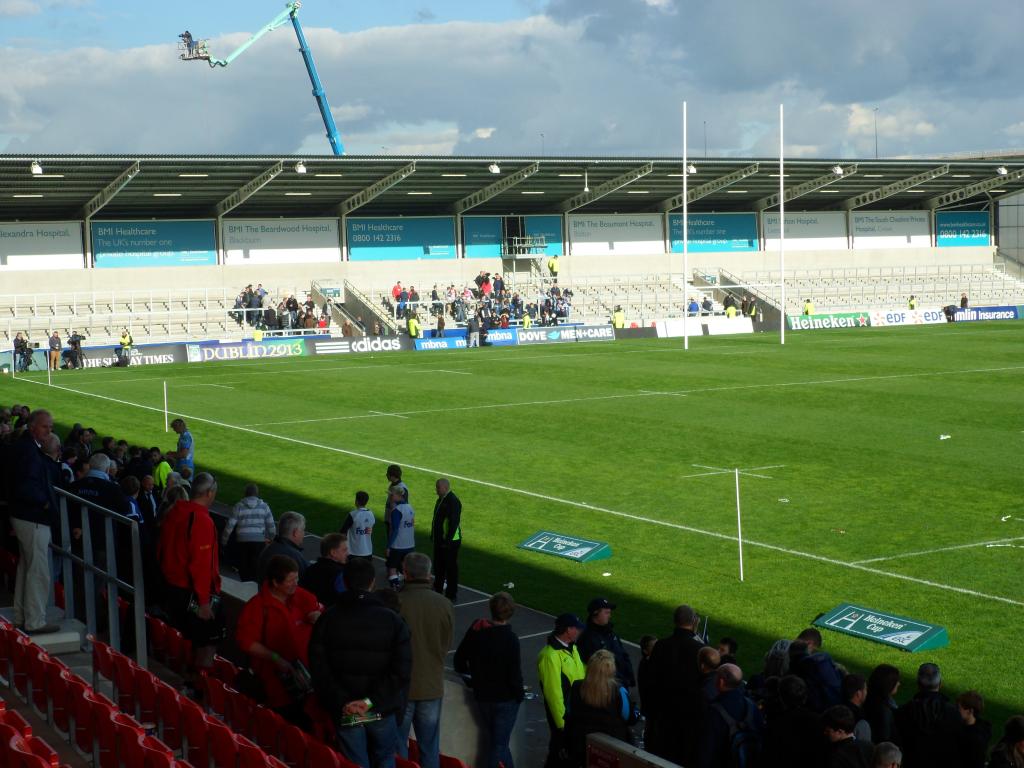 The North Terrace, viewed from the West Stand

In The Ground There is a fan's bar within the stadium that usually has some entertainment on to accompany your pint-supping before and after the game. Before/After the Game

Although a modern stadium with good facilities, where the stadium really falls down is in its location. It's well connected to the motorway network, but there aren't many pubs or restaurants to speak of in the vicinity of the ground. Your best bet is to head into Manchester where there are plenty of places to eat and drink. 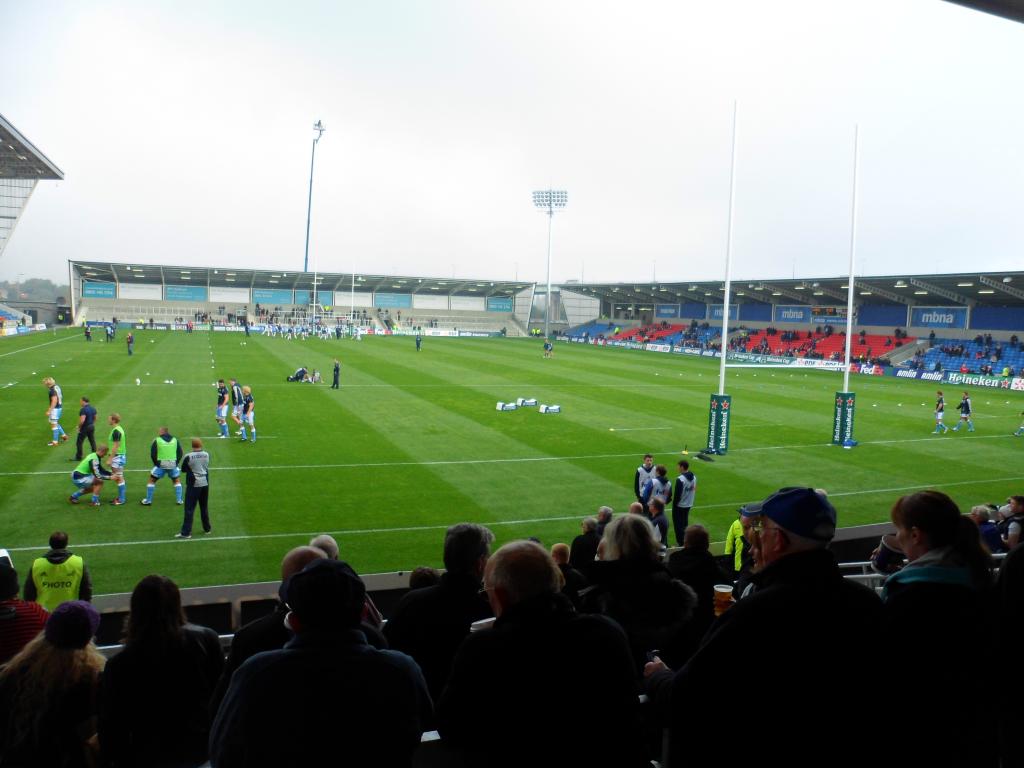 Can you provide more information for this section? Let us know!

The City Centre of Manchester has plenty of accommodation for visitors. If you're looking to stay near the ground however, here are a few options; 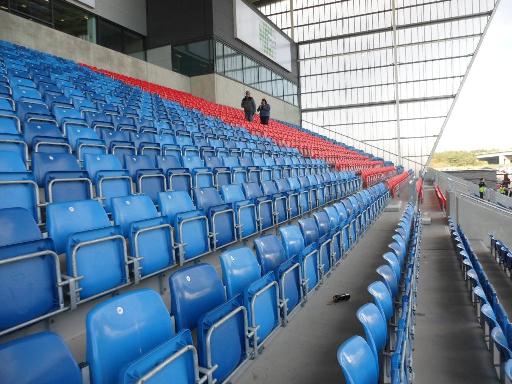 Manchester is a great city that offers plenty for visitors. Whether it's nightlife, culture, music or more sport (football, rugby league and cricket are all big in these parts), you'll find what you are after here. Wikitravel's page on Manchester offers a pretty comprehensive guide to the city.

The massive shopping and leisure complex the Trafford Centre is 2 miles from the Salford City Stadium.