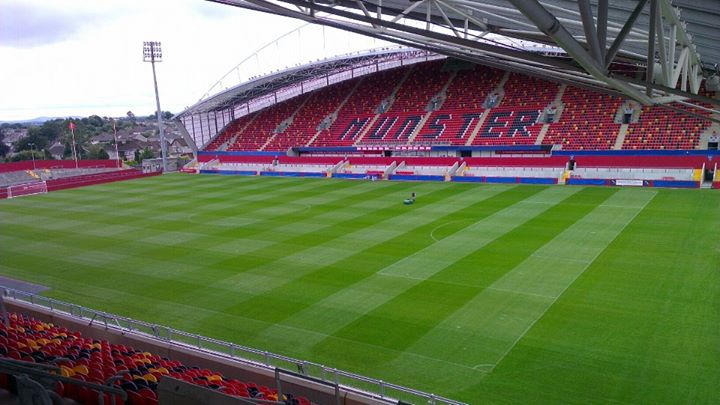 View from the West Stand at Thomond Park

Munster Rugby represent the province of Munster in the South of Ireland, a real rugby heartland where visiting fans are guaranteed a warm welcome. The team play the majority of their games at the magnificent Thomond Park stadium in Limerick, although fixtures are also played in Musgrave Park in Cork. Munster have a long and distinguished history, with many notable victories against touring Southern Hemisphere sides over the years. In particular, a 12-0 victory over the mighty All Blacks of New Zealand in 1978 has entered into rugby folklore in these parts.

Thomond Park is a fantastic purpose-built rugby stadium just outside Limerick City Centre that was completely redeveloped in 2008.  The capacity currently stands at around 26,000, making it the largest club rugby ground on the island of Ireland.

Two large covered curved stands dominate the ground (East and West), both of which offer standing areas at the front and seating to the rear. Behind each set of posts, there are small terraced areas that have the potential to be significantly developed in the future to further increase capacity. As it stands, the atmosphere at 'Fortress Thomond' can be immense despite the open ends, particularly when 'The Fields of Athenry' is belted out around the ground on a big matchday. 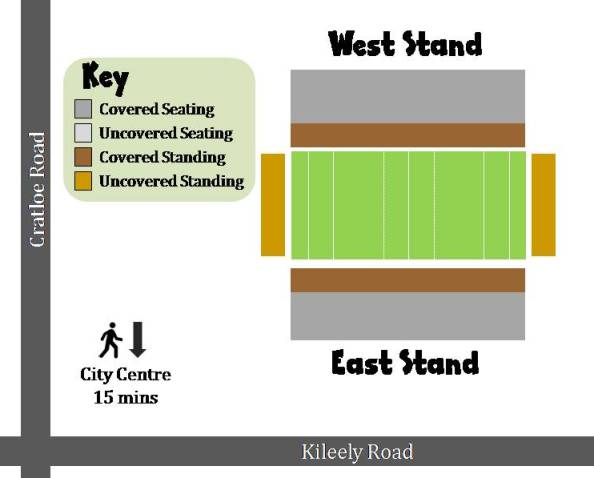 The Munster Rugby ticket office is located to the rear of the East Stand. The ground itself operates year-round as a venue for concerts, meetings and conferences, whilst the branch also operate stadium tours and have a museum of Munster rugby history within the stadium. The club store is located in the East Stand. 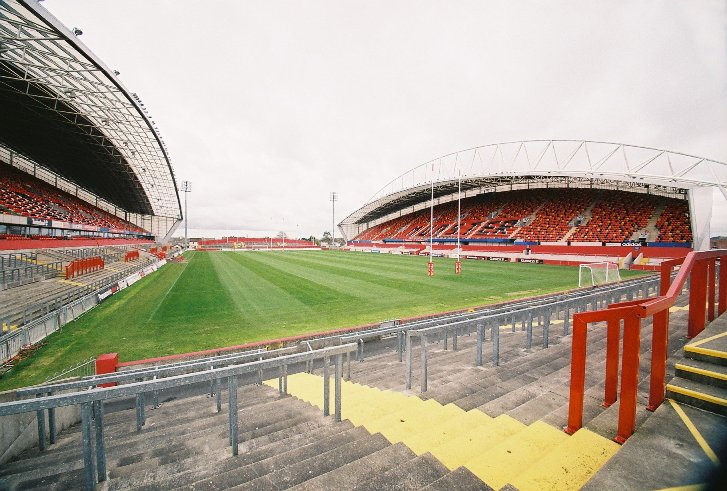 There is no parking at Thomond Park on match days, but as the ground is a short walk from the City Centre you can avail of parking facilities there. Park and Ride schemes also offer from a range of locations - check on the club's website in advance to find out what is happening on your specific match day.

Limerick's Colbert Station is approximately 2.5km from Thomond Park, but well situated for the majority of hotels, restaurants and bars. Regular direct services operate to Dublin (2.5 hours)  and Galway (2 hours) whilst connections to other destinations including Cork and Waterford can be made at Limerick Junction.

Ireland's bus network is far more extensive than rail, and at times can also be quicker. Bus Eireann is the main bus operator in the country, and offers services from Limerick to the major airports (see below), and towns and cities including Galway (1.5 hours), Tralee (2 hours), Killarney (2 hours), Cork (2 hours), Sligo (2.5 hours) and Dublin (3.25 hours). The bus and train stations are co-located in the City Centre.

By far the closest air link to Limerick is Shannon Airport, 25 km to the West of the City. Although not as busy as some Irish airports, the main players Aer Lingus and Ryanair still offer scheduled services to a range of destinations in the UK and Europe. Bus Eireann provide bus connections from the airport to the City.

Cork Airport is 115km from Limerick and as the second busiest airport in the country offers a wider range of destinations than Shannon, again primarily operated by Aer Lingus and Ryanair. Buses operated by Citylink go directly from the airport to Limerick in around 2 hours.

Dublin airport is also within reach of the city, and connected by frequent bus links operated by Bus Eireann.

View from the Rear of the Stand

There are numerous bar and catering facilities within Thomond Park that open several hours before kick-off. The largest bar (which also offers televised coverage of other games) is the Dugout Bar located in the East Stand, which usually also offers live entertainment on matchdays.

Rugby is hugely popular in Limerick, and there are numerous great rugby pubs dotted around the City. 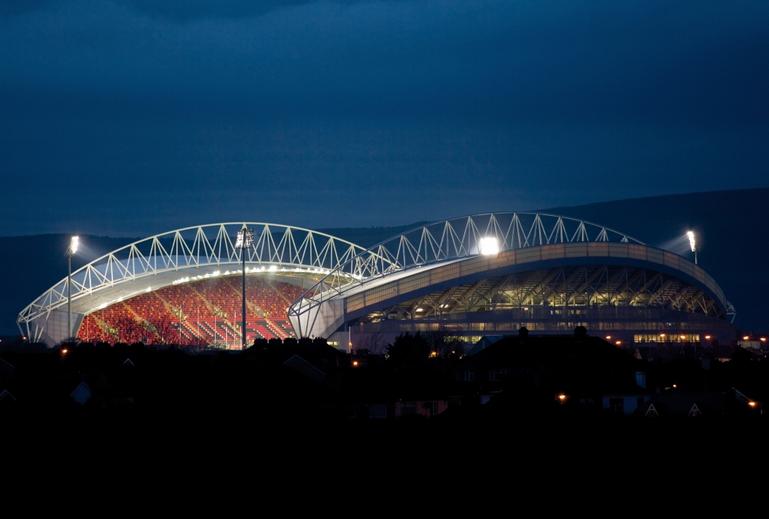 Where's best to eat in Limerick? Where can you get a half-time feed at Thomond Park?

Help fill out this section!

Most visitors opt to stay in the City Centre amidst the nightlife as it's only a short walk out to Thomond Park. Here are a few suggestions for where to kip in Limerick. 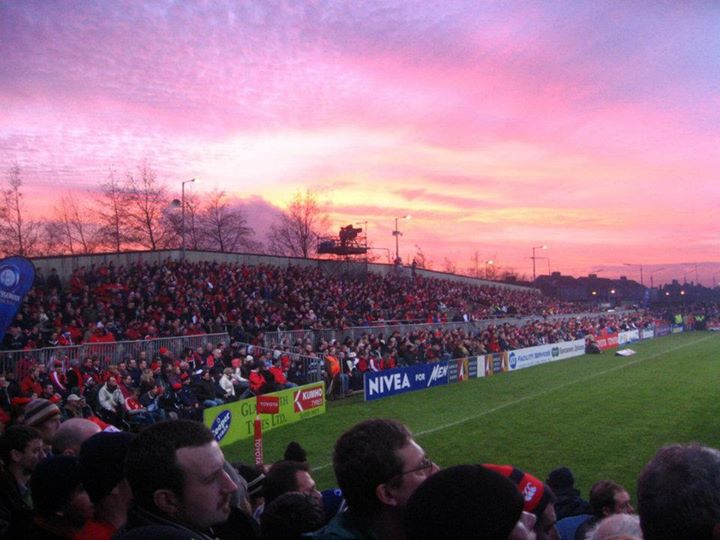 They can still pack them in behind the posts in Limerick!

If you've exhausted what Limerick has to offer, many of Ireland's prime tourist attractions are within easy reach. If you have a car, you can do much worse than tour the countryside and coastline of the South West, with most guests making tracks for Tralee, Dingle and Killarney.

For those without their own wheels, Cork, Galway and Dublin are all reachable in a couple of hours by train or bus.