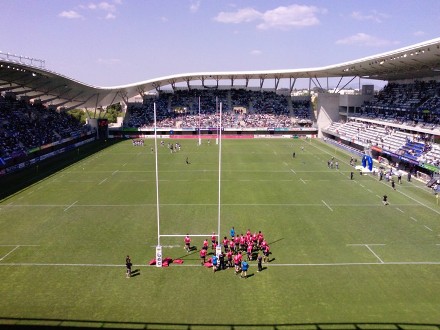 View from the Murrayfield Stand


Montpellier Herault Rugby play in the Top 14, France's premier rugby union division. The side are one of the top French sides, usually finishing around the top of the table and competing in the European Cup. They play home fixtures at the Stade Yves du Manoir, in the Southern Suburbs of the Mediterranean city of Montpellier.

The Stade Yves du Manoir was opened in 2007, and has a capacity of just under 15,000. It was named after the young French international Yves du Monior, who died aged just 24 in a plane accident in 1928

Montpellier's ground is a fully-enclosed bowl shape, which keeps the noise in and allows for a great atmosphere to be created. Unusually, each of the four stands in the Yves du Manoir are named after famous rugby stadiums across the globe. 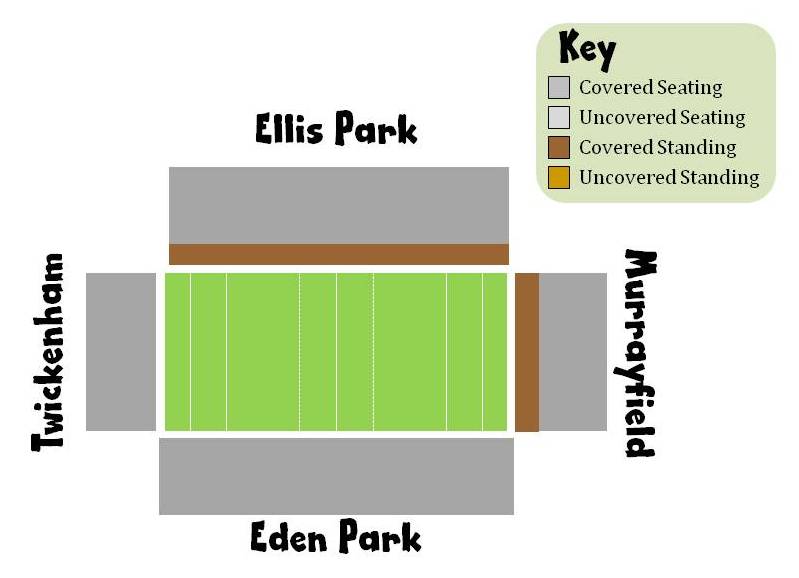 Along the sidelines you'll find the Eden Park Stand, which holds just over 4,000 specators and on the other side is the Ellis Park Stand. At either end are the Murrayfield (capacity 2,300) and Twickenham (2,500) stands. The majority of the tickets at the stadium are for the seated areas, but there is some standing face to the front of the Eden Park and Murrayfield stands. Prices vary significantly around the ground, with the cheapest seats found behind the goal, whilst the priciest are in the centre of the Eden and Ellis Park stands. Hardly surprising that.

If you are driving, from the A9 motorway take exit 31 signposted 'Montpellier-West'. There will be signs to the stadium from there on, and there is some parking at the stadium (approximately 1,000 spaces).

Montpellier has an excellent tram system that runs until midnight. To get to the stadium, take Line 2 in the direction of Sabine Saint Jean de Vedas. Get off at the 'Sabines' stop, where you can walk (just under 1km) to the ground or catch a shuttle bus.

Tickets can be bought from the stations, or at any newsagents. Daily passes are a good shout if you're going to be making more than two journeys.

Given the size of the City, it can be a bit tricky flying to Montpellier without too much hassle. The good TGV links mean that you are sometimes better looking further afield with good train connections that getting several flights, but here are a few options for flying into the area.

The airport in Montpellier is only 7km from the City Centre, and offers scheduled flights to London (Gatwick), Lyon, Nantes, Paris (CDG and Orly) and Rome (Fiumicino).

As it's only a short hop a shared taxi won't be overly expensive, or you can get a shuttle bus from the terminal to the Place de l'Europe tram station, for connections into the City Centre proper.

Just under 60km from Montpellier, Nîmes offers an alternative means of getting to a match here. It's a bit on the small side mind, so unless you are flying from London (Luton) you will have to get a connecting flight.

Béziers airport is around 65km from Montpellier along the Mediterranean coast, and is another Ryanair-dominated airport. Scheduled flights operate to destinations including Bristol, Edinburgh, London (Luton), Manchester, Paris (Beauvais) and Southampton. 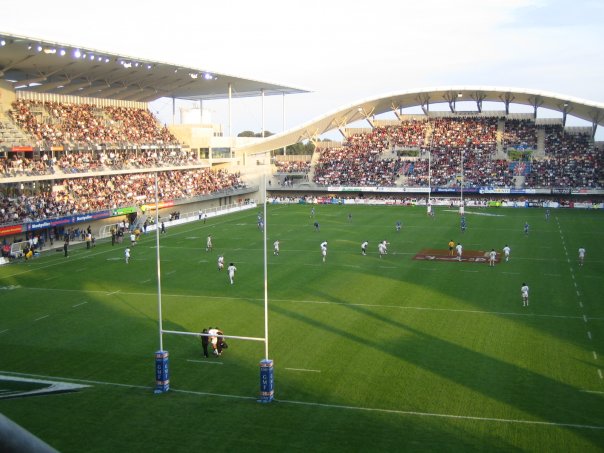 View from the Twickenham Stand

The club use a preloaded card system for all food and drinks, and the Murrayfield End is home to several outdoor bars, the club shop and food outlets.

This part of France is famed for its wine, red, white and rosé so connoisseurs will do well here.

If you're after something a bit more Celtic there are two Irish bars in Montpellier, Fitzpatrick's at Place Saint Côme and O'Carolans on Rue du Petit Scel. Both specialise in live sports if you need to catch another fixture on the box.

Where's best to eat in Montpellier? What's on the menu at the Yves-du-Manoir Stadium? Help fill out this section! 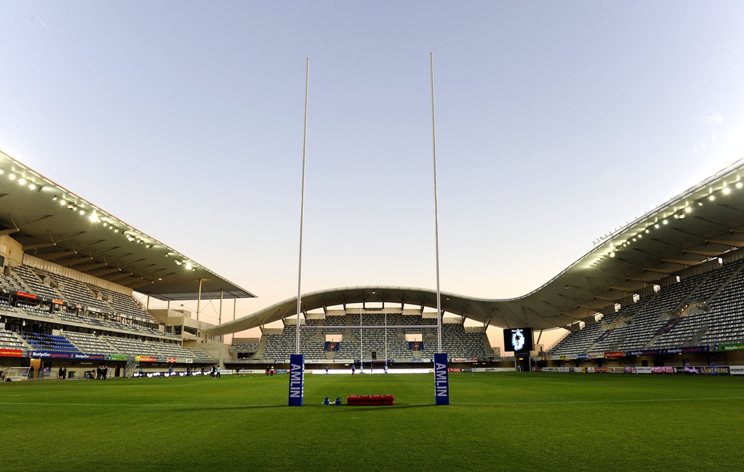 Got another recommendation? Help fill out this section!

Montpellier is a lovely spot on the Mediterranean coast, and as the eighth largest city in France has lots going on.