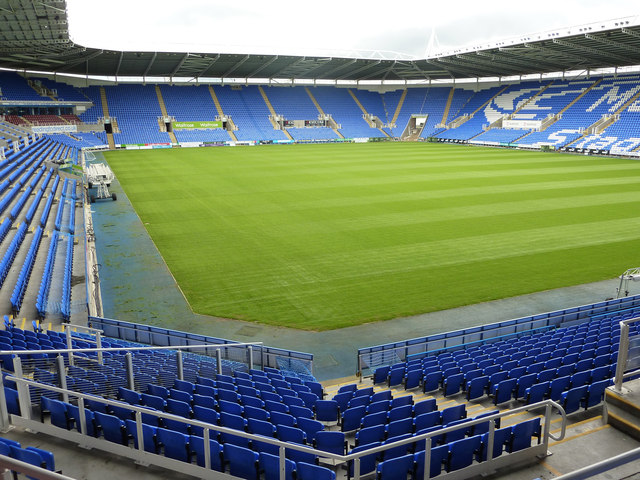 London Irish RFC currently compete in the English Premiership, Anglo-Welsh Cup and European Challenge Cup. The club currently play their home fixtures 30km West of London in the town of Reading, Berkshire. The club was founded in 1898 as a sports club for Irish exiles in the capital, following the precedent of London Welsh and London Scottish.

In the professional era, London Irish lifted their first (and only) piece of major silverware in 2002 with a 38-7 thumping of Northampton at Twickenham in the Powergen Cup. In the domestic league, their best performance came in the 2008-09 season when the club finished third in the regular season before going on to a heartbreaking 10-9 defeat in the playoff final at Twickenham. In Europe, Irish waltzed through the 2005-06 Challenge Cup groups before falling to another agonisingly close defeat in a final, this time 36-34 to Gloucester at the Twickenham Stoop.

The Madejski Stadium is principally the home of Reading Football Club, and is named after their chairman Sir John Madejski. It was built in time for the 1998-99 football season, with London Irish moving to the stadium in 2000. Although the rugby club and fans put in a serious effort to create an atmosphere on match days, it is difficult to escape the downsides of fixtures played at a football ground, with no standing terraces and attendances well below capacity. 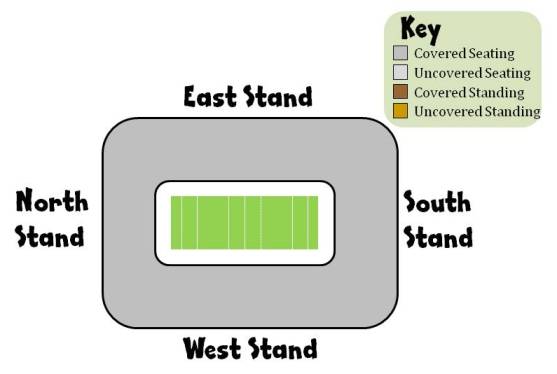 The Madejski is located around 3 miles South of the centre of Reading, in a largely industrial area close to Junction 11 of the M4 motorway. The stadium is modern, totally enclosed and covered, and all-seater. The largest stand is the West Stand, a two-tiered structure running along the touchline that also houses the main ticket office, concourse bars, club shop and hospitality facilities.

The East stand sitting opposite is single-tiered and houses the Jazz Cafe bar (more of that below). Behind the posts are the South and North Stands, both single-tier all-seated affairs. The North stand is rarely open for London Irish fixtures as the demand doesn't necessitate it, but due to the football club's popularity there are plans afoot to increase the capacity of the stadium to above 30,000.

The ground is easily accessed by road - from the M4 take Junction 11 and follow the A33 directly to the stadium, which is well signposted. There can be queues on the final approach to the ground so you are best to give yourself some extra time if travelling by car. There is plenty of parking available at the ground which can be booked in advance or if you arrive in advance you may be able to find on street parking on Imperial Way. Alternative private car parks are also available in the area around the ground that may provide a quicker escape post-match. As with most grounds, be extremely wary of parking in residential / permit-only areas as you are likely to end up with a ticket.

A shuttle bus service operates between the station and the ground on match days, or a taxi costs around £12.

The UK's busiest airport Heathrow is the closest to Reading, located approximately 30 miles to the East. There are scheduled flights to destinations around the globe, with the majority of services in the UK and Ireland operated by British Airways and Aer Lingus. There is no room at Heathrow for the budget airlines, but competition in the market has driven the flagship carriers to reduce their prices.

RailAir operate buses directly to Reading train station in around an hour, departing from Heathrow Central bus station and Terminal 5.

From Gatwick, there are hourly direct rail services to Reading, taking just over one hour.

Southampton Airport is also within reach of Reading, around 45 miles South West by road. The majority of flights are operated by FlyBe. Destinations include Belfast (City), Dublin, Edinburgh, Glasgow (International), Leeds-Bradford, Manchester, Newcastle and Paris (Orly). There is a train station at the airport (Southampton Airport Parkway), with the 45-minute direct service to Reading taking around 45 minutes.

There are two main bars within the stadium to gather before, during and after the game. The Jazz Cafe (or JC's) is situated in the middle of the East Stand, whilst the North Stand bar (or Cowshed) is where you'll usually find live music on offer. There are several other bars dotted around the stadium for grabbing a quick pint.

There are no pubs in the immediate vicinity of the ground, given it's location on the edge of town. A few suggested spots for grabbing a drink are;

Food outlets are available in both the North and South stands, serving food typical for a football stadium. However, the Millenium Madejski Hotel built into the stadium offers two restaurants that have been recommended.

Due to the location of the Madejski Stadium, there isn't much to inspire the appetite in the local area. If you are in a rush though, there are some fast food establishments in the nearby retail park.

If you're staying in Reading, you might not find the sights and attractions to rival London but there are a few things to keep a visitor occupied. The Thames river runs through the centre of the town, and there are several walks or boat tours available.