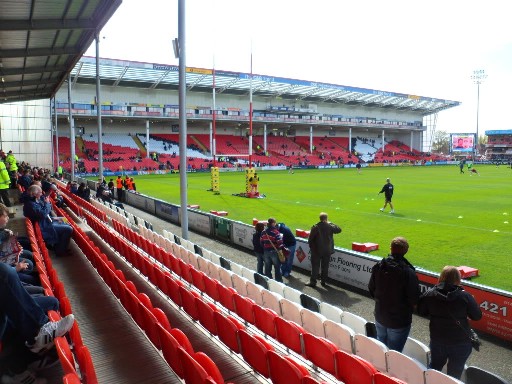 Gloucester Rugby, or the 'Cherry and Whites' are one of the traditional heavyweights of English rugby, situated in the rugby heartland of the West Country in close proximity to their fierce rivals at Bristol and Bath. The club was formed in 1873, and have played at their current ground Kingsholm since 1891.

Gloucester have competed in every English Premiership season since it began in 1997, and have formed a habit of winning the regular season before falling to defeat in the playoff phase, as happened in 2002-03, 2006-07 and 2007-08. They did however benefit from the playoff system in the 2001-02 season when they finished third in the table but went on to defeat rivals Bristol in the playoff final at Twickenham to lift the trophy.

Kingsholm is arguably one of the best club rugby stadiums in England, both in terms of capacity and atmosphere, which goes some way to explaining why it is one of only two club rugby grounds proposed to be utilised for the Rugby World Cup in 2015. The ground is located less than a mile from the centre of Gloucester.

The most famous part of Kingsholm is known as 'The Shed', a (usually)  covered terrace running the length of the pitch, that fills up well in advance of kick-off on big match days. 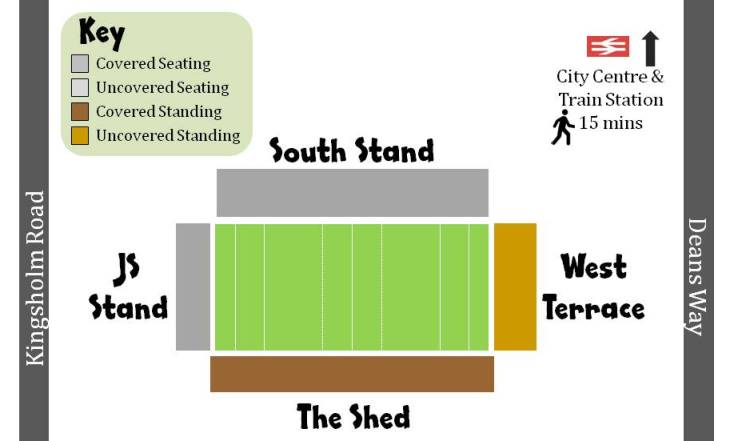 Sitting opposite the Shed is the modern South Stand, a large all-seater grandstand. Behind one set of posts is another stand of covered seating known as the JS Stand, whilst behind the others is the West Terrace providing uncovered standing space and hospitality facilities.

Two large screens are situated in the corners of the stadium.

From the North or South your best bet is to exit the M5 at Junction 11 and follow the A40 in the direction of Gloucester. At Elmbridge Roundabout, take the A40 West (towards Ross on Wye), before taking the A38 South (towards Gloucester) which will take you directly to the ground.

If you're travelling by public transport, take the bus from the Airport to Bristol Temple Meads rail station to catch a train to Gloucester. Total journey time is around 90 minutes.

The airport is around 90 minutes by rail from Gloucester - simply take the train from the airport's station to Birmingham New Street and change there for a direct service to Gloucester. 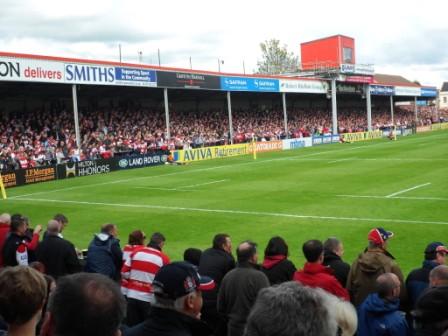 For visitors to the Shed, visit the Lion's Den Bar at the East End of the terrace.

There are lots of bars in the area around Kingsholm - the Kingsholm Inn is right across the road from the ground and is a popular place for supporters to gather in advance of the game, as are Teagues, the Cider Tree at the Coach and Horses and the Deans Walk.

Local club Spartans RFC is only 400m from Kingsholm and have in the past accommodated groups of supporters (including a coach space if you're coming by the busload) with food and drink laid on.

The City Centre is only a mile from the ground and has a wide range of places to drink. For those looking for a sports bar, try the Abbey on Northgate Street.

The Longford Premier Inn to the North of the ground has a Beefeater restaurant that has received good reviews from rugby fans. We've heard good reviews about the sausage stand outside the ground on Kingsholm Road too! 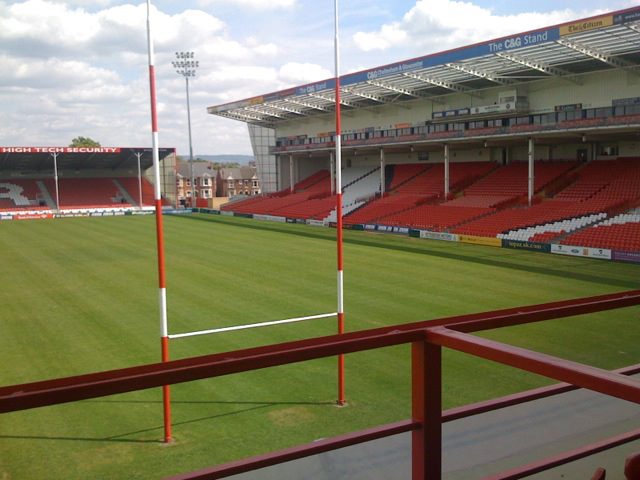 View of the South Stand, from the West Terrace 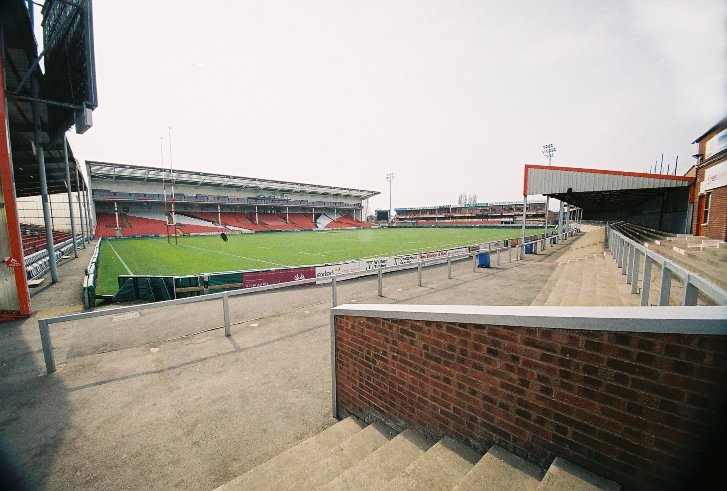 Check out Gloucester's cathedral, Historic Docks or visit the Quays Retail Outlet centre. Gloucester is also ideally suited for visits to the Forest of Dean, the Cotswolds and nearby Cheltenham racecourse.