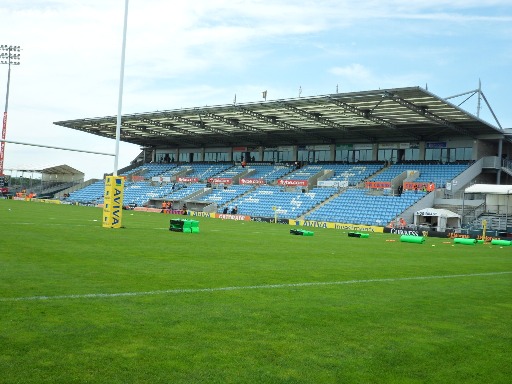 Although Exeter Chiefs are relatively new on the rugby scene to many they are in fact one of the most historic clubs in English rugby, formed way back in 1871. In recent years the club have worked extremely hard both on and off the pitch with a view to competing at the top level, which culminated in a move from the County Ground, home for over one hundred years. Their new home since 2006 has been Sandy Park, a purpose-built rugby stadium complete with modern conference and function facilities.

Eventually all the hard work paid off and and the Chiefs were promoted to the English Premiership in 2010, with their first appearance in the Heineken Cup coming in the 2012-13 season. The upward trajectory has continued, with the Chiefs finishing second in the 2015-16 season. After seeing off Wasps in the playoff semi-final at Sandy Park, Exeter went down to Saracens in their first appearance in the showpiece final at Twickenham. A disappointment to their fans no doubt, but one feels it is only a matter of time before silverware heads to the Southwest.

Exeter regularly attract praise for their patient and carefully managed rise to the top. And despite the South West of England being a rugby heartland, Exeter are the only Premiership club in the area so naturally attract a good support.

Sandy Park is located on the eastern edge of the city beside Junction 30 of the M5 Motorway. The stadium remains small by Premiership standards but capacity has already been increased slightly since the club consolidated their position in the Premiership.

The ground is dominated by the West grandstand that sits along one side of the pitch. Directly opposite the Grandstand is the East Terrace, a small covered standing section divided into two sections (North and South). At one end of the pitch is the North Terrace which also offers covered standing, whilst the South West Communications stand at the other end is home to around 2,000 covered seats. There are two large screens within the stadium. 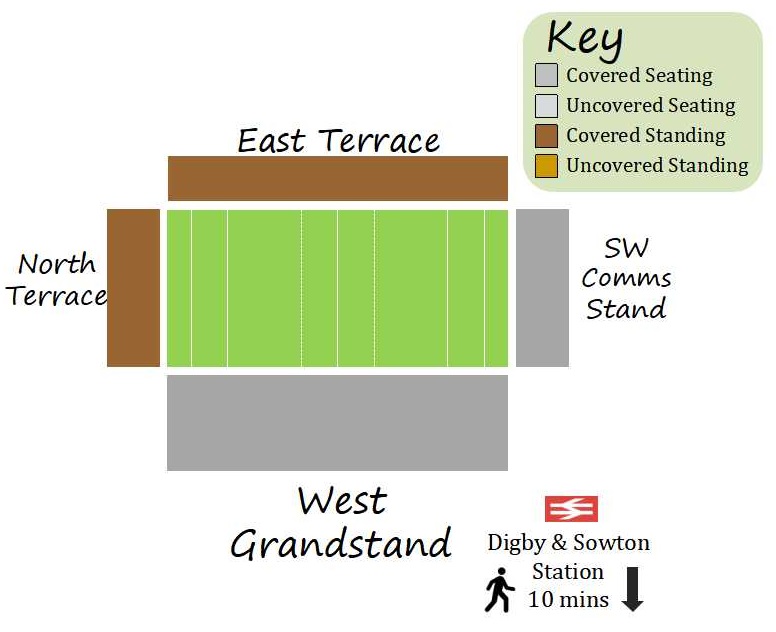 Exeter pride themselves on building an environment on matchday that extends beyond the final whistle which includes live music post-match as well as occasional pre-match entertainment also. The fans thoroughly embrace their adopted identity, and chances are you'll see a range of interesting headwear on your visit!

On match days vehicles are only allowed up to the ground to pick-up and drop-off. There is a drop-off point at the stadium complex from the A379 for taxis and those being transported by friends and relatives before kick-off to matches, however there is no vehicular access (apart from approved buses) onto the Sandy Park site for one hour following the final whistle. It should also be noted that the club discourages supporters to drop-off or pick-up on the slip road leading into Sandy Park and in particular on the main A379 road below as it is illegal and dangerous to do so.

If you need to drive, the club offers a park and ride service to Westpoint arena, tickets for which can be purchased from the clubs online ticket service at a cost of £5 per vehicle. You can also park at the nearby Blueball Pub (£5, 5-minute walk) or at the Digby Park and Ride on the edge of the Digby trading estate located next to Digby Railway station (£3 charitable donation, 10-minute walk). Also it is possible to park on the Sowton Trading estate on Apple Lane (EX2 5GL), around a 5 minute walk to the ground. Walking to the ground does involve having to pass over a fairly bouncy bridge, travelers to the ground who suffer from a fear of such things might want to avoid walking/rail!

*Note: There is controlled residents-only parking on all roads near to the stadium, including Clyst Heath and Rydon Lane. Anyone caught parking in these areas without the appropriate pass will receive a parking ticket.

Digby & Sowton Station is a 5-10 minute walk from Sandy Park with trains running on a regular basis back to Exeter St Davids, one of the two principal stations in the city (Exeter Central is the other). This is a popular method of transport so if you let the train take the strain just follow the crowds to Sandy Park.

There are two main railway lines between Exeter and London - the faster of the two operates from London Paddington via Reading, Newbury and Taunton in around 2h30mins, arriving at Exeter St Davids. A slower service runs from London Waterloo, taking around 3h20mins and calls at a multitude of stops including Woking, Basingstoke, Yeovil and Axminster before arriving at Exeter Central. CrossCountry trains operate direct trains to Exeter from a wide range of destinations in the UK, including Bristol, Birmingham, Sheffield, York and Leeds.

You can book tickets for UK rail services in advance at thetrainline.com, and save money compared to booking on the day.

Dartline timetables can be found here.

Exeter International Airport is 4 miles from the ground, heading away from the city. Flybe is the main operator out of the airport flying to destinations including Belfast, Dublin, Edinburgh, Glasgow, Newcastle and Paris.

SkyScanner offer a handy search engine that compares all available airlines on a route to find the cheapest flights.

To get from the airport to Exeter, grab a cab or take the 56A bus to St Davids station in 25 minutes. Best to check the timetable in advance however as services are pretty infrequent on Sundays and bank holidays. 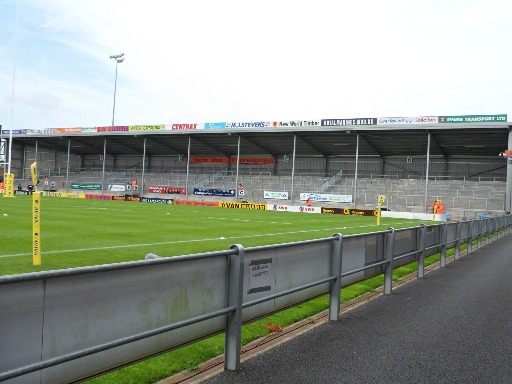 There is a piazza bar at the rear of the grandstand where you can grab a drink before entering the ground itself. Once through the turnstiles, there are bars dotted around the stadium serving a range of drinks including local ale and bitter..

Exeter is a small but pleasant city (population just over 100,000) with a large University and as you might expect there are plenty of pubs and bars located around the city centre. 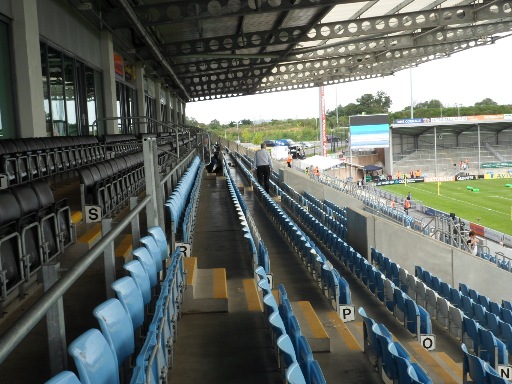 At the ground there are plenty of food stands selling the usual matchday selection - Cornish pasties, burgers, hot dogs and so on. In town, there are branches of chain restaurants alongside independent restaurants in and around the High Street.

Our Exeter fan recommends Oddfellows on New North Road just off the High Street in particular.

There are plenty of places to stay in Exeter, including a Premier Inn at St Davids station (note there is another further out of town) and Jurys Inn. The Abode and Mercure hotels offer 4-star alternatives. Near to the ground, there is a Travelodge at the services of Junction 30 of the M5, if you are that way inclined but you will be away from the bars and restaurants in town.

Exeter has plenty of history and attractions, the majority of which can be seen on foot. The top attraction for most is the city's gothic cathedral.

You can pick up a free guided walking tour of the city from the Royal Clarence Hotel in Cathedral Yard or from the Quay House Visitor Centre. These 90-minute tours are led by volunteers known as Red Coats. More information can be found here

Exeter racecourse is located just outside the city, and hosts regular fixtures between October and May.

Exeter is on the doorstep of some of England's most beautiful scenery. If you can spare the time, the countryside and coast in Devon and Cornwall are well worth exploring in a hire car.