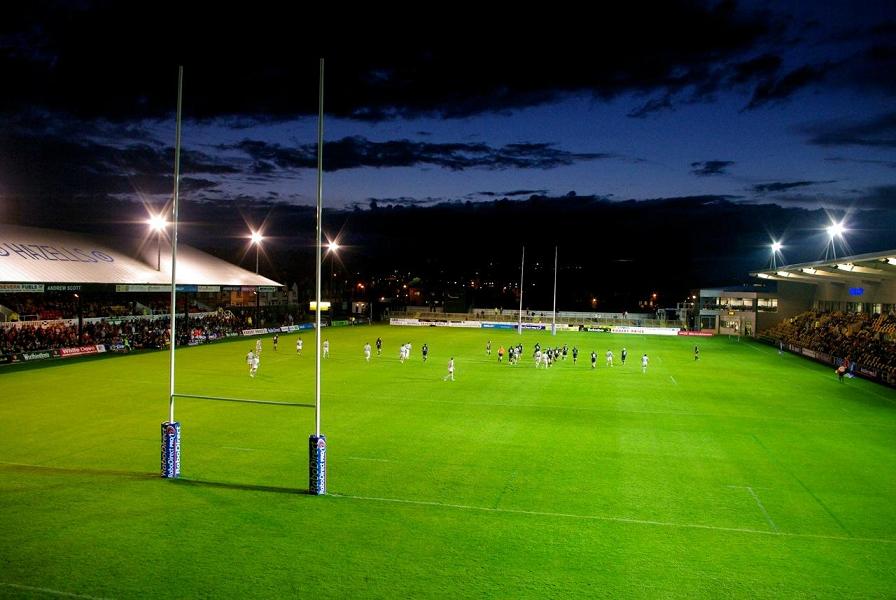 The Dragons were founded in 2003 as the professional side to represent rugby in Southeast Wales, and are based at Rodney Parade in the city of Newport. The Dragons maintain close links with several of the more traditional rugby clubs in the area including Newport RFC, Bedwas RFC and Cross Keys RFC.

In an era of increasingly sanitised stadia, Rodney Parade in Newport remains a traditional rugby ground boasting a wonderful history, dating all the way back to 1877. The ground is located on the banks of the River Usk, just to the North East of Newport City Centre. The town centre is linked to the ground via two bridges - the newer of the two is located behind the Hazell Stand and takes you directly to the bus station and town centre, whilst the Town Bridge crosses the river to the top end of town and the railway station. 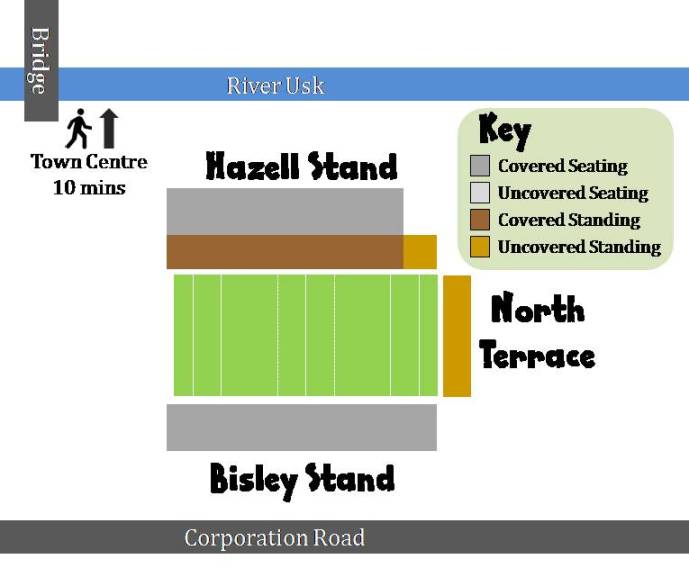 There are two covered stands running the length of the pitch, and they couldn't be more different if you tried. The Hazell Stand in the West is the older and larger of the two, with seating to the rear and a standing terrace at the front. The stand doesn't quite run the length of the sideline, and in the resulting gap at the North end there is some uncovered standing space for the hardy.

Sitting opposite is the Bisley Stand, a modern covered all-seater stand opened in 2011 boasting 13 hospitality boxes and catering facilities. The seats in this stand have a rather unique polka-dot colour scheme. Behind the posts to the North there is an area for uncovered standing, and at the South there is a terrace housing changing rooms and media facilities.

There is a ticket office and club shop at Gate 4 with a great selection of souvenirs and memorabilia. On match days you can often also find the players not involved in game signing autographs in this area. 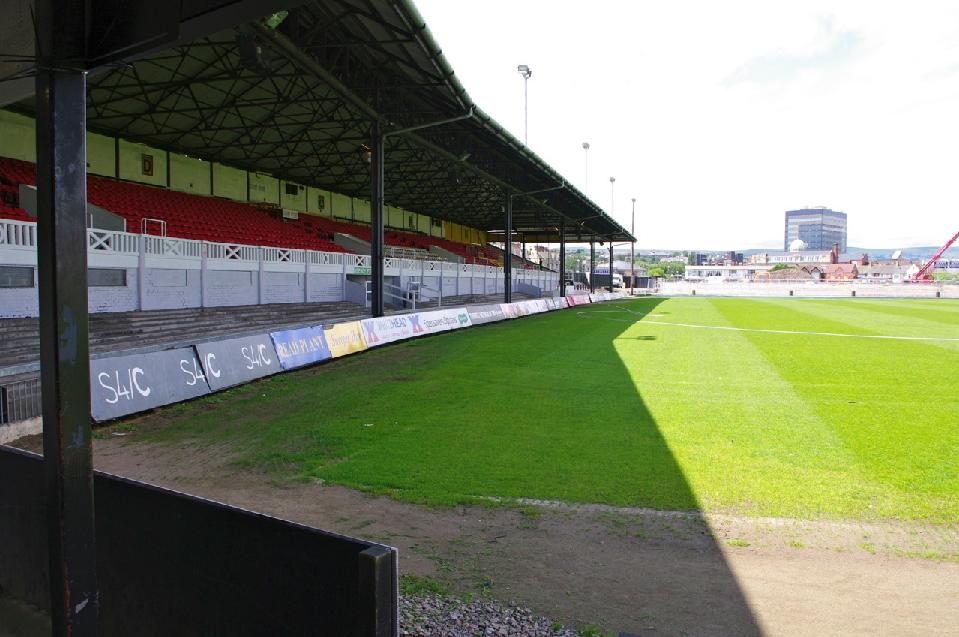 Driving directions can be found here. There is no parking at Rodney Parade but there are plenty of options nearby in public car parks and on-street parking, but as ever be wary of permit-only parking on many of the streets immediately around the ground.

Newport Central station is less than a mile from the ground. Services operate from Cardiff (15 mins), Bristol (20 mins), Birmingham New Street (105 mins) and London Paddington (110 mins). Upon exiting the station, turn left and head under the Old Green interchange, cross the Town Bridge bridge then take the first right onto Corporation Road.

Cardiff International Airport is 30 miles from Llanelli, and the two are connected by rail in around 60 minutes (although you have to change trains at Cardiff Central). Scheduled flights operate to destinations including Dublin, Newcastle, Belfast, Edinburgh, Glasgow, Paris and Amsterdam.

Bristol Airport is also within each reach (37 miles to the East). Take the shuttle bus to Bristol Temple Meads station where you can catch a train to Newport.

Underneath the Bisley Stand there are several bars, complete with big TVs so you don't miss any of the action if the game is being televised. The Bisley lounge function suite is also available on matchdays, and is accessed through Gate 4. .

There are two bars underneath the Hazell Stand, and further places to grab a drink at the corner where the Hazell terrace / North terrace meet. There is also a clubhouse at the North end of Rodney Parade with two large bars, known as Brecon Lounge and Rodney Hall.

There are several pubs near the ground. The Artful Dodger (usually just known as the Dodger) on Chepstow Road is around 400m from Rodney Parade and also offers food, including roast dinners on Sundays.

On the ground side of the town bridge you'll also find the Riverside Tavern and the Ivy Bush.

Underneath the Bisley Stand there are food outlets, and the Bisley lounge function suite mentioned above serves good food. The clubhouse also offers reasonably priced grub, including curry, sausages and faggots with chips.

Finally, on Dragons match days there is a curry hut just by Gate 2 that is run by a local curry house and comes highly recommended.

Next to the Riverside pub beside the Town Bridge is Rossini's Italian restaurant, which has been recommended by the local supporters. There are also numerous curry houses in the area and plenty of pubs that serve food. 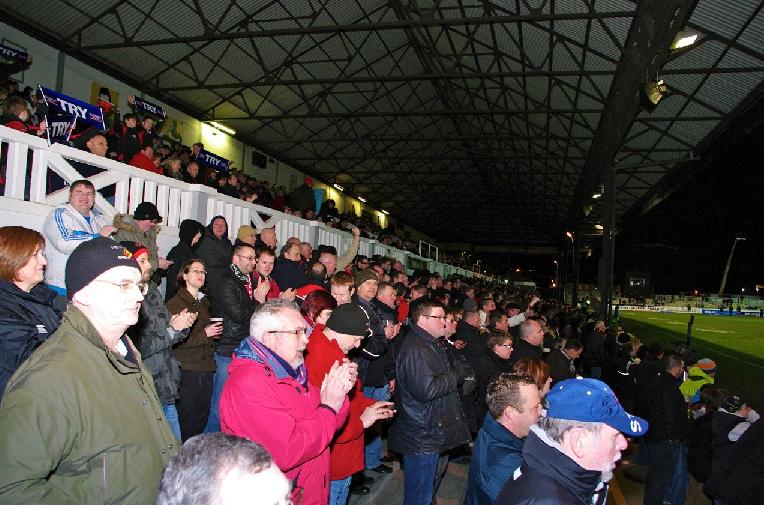 Terrace in the Hazell Stand

Depending on when your match finishes, you may be able to take the 15-minute train journey to Cardiff where there is a wide range of accommodation options - rail services finish up around 1am.

In Newport itself, try the Travelodge or Knoll Guesthouse. 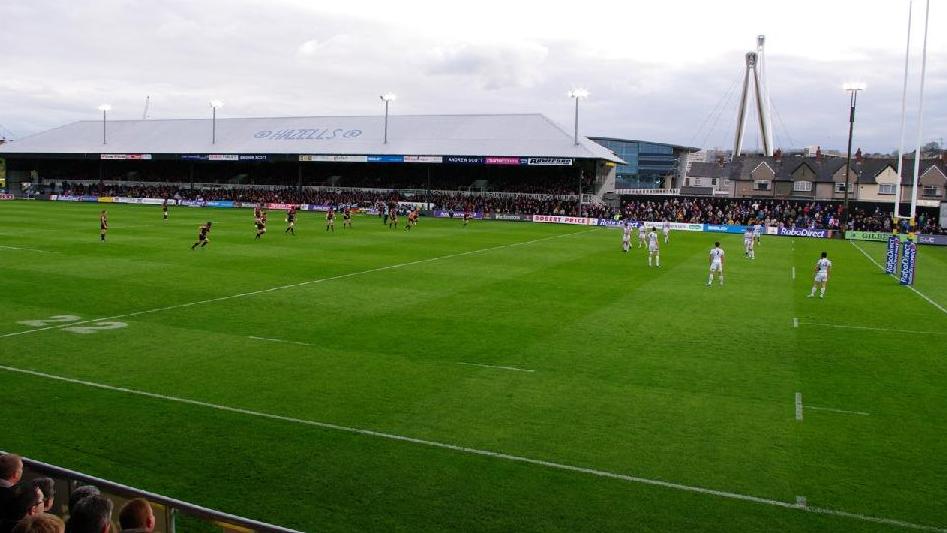 Newport played host to the 2010 Ryder Cup golf tournament at the Celtic Manor resort, a few miles outside of the city. As well as a world-class golf course, this 5-star resort is also home to spa and health facilities and hotel accommodation.

Caerleon is located just outside of Newport and boasts some of the best in roman antiquity with an ampitheatre, roman barracks, baths and a Legionary museum.

Or, if you have time during your visit you could visit Tredegar House, a stunning National Trust property located just off Junction 28 of the M4.