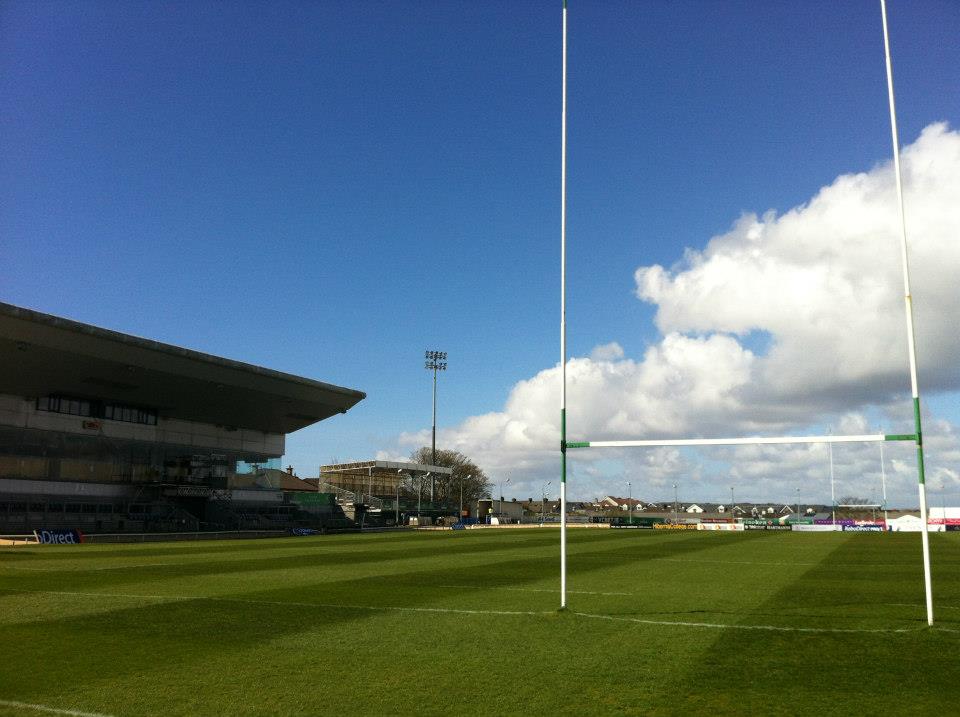 Connacht Rugby is the provincial side representing the West of Ireland, and base themselves in the wonderful city of Galway at the Sportsground. Often viewed as the younger sibling of Irish rugby due to traditionally low participation and support levels, Connacht were once under threat of extinction through the removal of funding. Today however, the sport is enjoying a boom period that has been reflected both on and off the pitch.

The arrival of Pat Lam as coach for the 2013-14 season saw an impressive rise in performances, culminating in the 2015-16 season when the side finished second in the Pro12 table ahead of their most established provincial rivals Ulster and Munster. After seeing off Glasgow Warriors at a packed Sportsground in the play-off semi-final, Connacht headed to Murrayfield for the final against old rivals Leinster. A superb performance in the Scottish capital saw Connacht lift the trophy, much to the delight of the fans who have stuck by them through the darker years.

The Sportsground is situated just to the East of the City Centre of Galway, and is used for both rugby union and greyhound racing. The stadium has a capacity of 7,500, though additional temporary capacity can be be brought in for big matches. The Main Stand runs the majority of the length of the pitch on one side of the ground, and has a large section of terracing at the front and covered indoor seating to the rear.

Behind the posts to the left of the Main Stand lies the Bohemore Terrace, and to the right sits the College Road Terrace, both standing areas that are uncovered and therefore exposed to the wind and rain off the Atlantic  that has been the undoing of many a visiting side to the Sportsground! 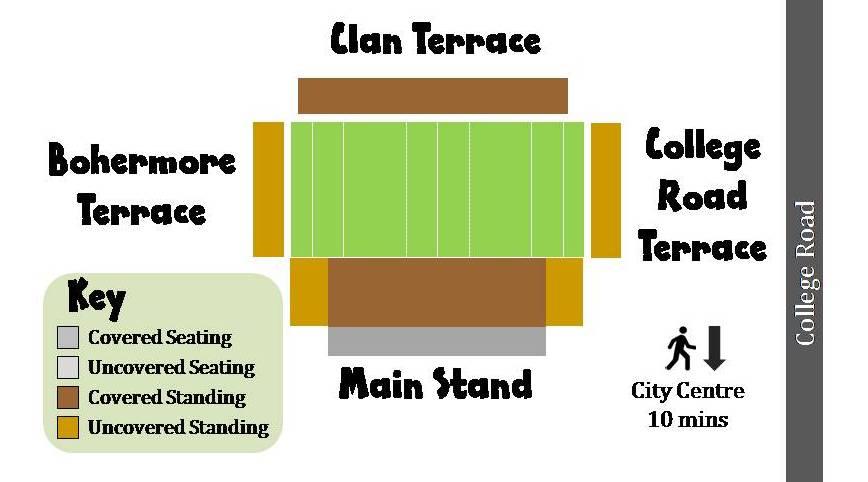 Opposite the Main Stand is the Clan Terrace, popular with both home and away fans for its atmosphere, shelter from the elements and close proximity to the clubhouse bar. Participation in the Heineken Cup and the success of the Irish team in recent years has boosted interest in Connacht, ably supported by the fans and local businesses who relentlessly promote the side in Galway. With attendances growing all the day, future plans for the redevelopment of the Sportsground are under way, including the addition of further seating. 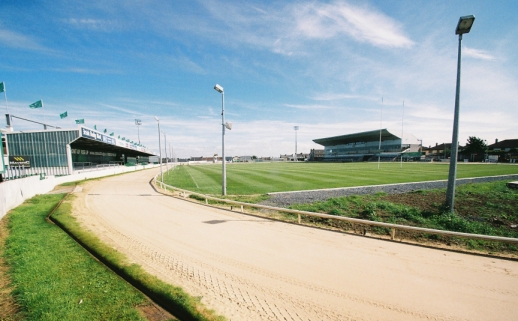 Getting to the Sportsground by car isn't the easiest, but there are a few public car parks in the City Centre that are within walking distance (approximately 15 minutes).

Galway Ceannt rail station is located in the City Centre around 2km from the Sportsground. Iarnród Éireann operate regular services to Dublin (2.5 - 3 hours) and Limerick (2 hours)

With Galway airport no longer operating scheduled flights, the best bet for travellers to Connacht is to fly to either Shannon, Knock or Dublin airports.

Shannon is the closest airport to Galway, although is still around 80km from the ground. Flights operate to destinations including Birmingham, Edinburgh, London and the USA. There are regular bus services by Bus Eireann and Galway Bus from the airport, taking approximately 90 minutes.

Knock Ireland West Airport in County Mayo is around 90km by road from Galway. This airport is smaller than Shannon but is also connected by bus to Galway in around 120 minutes, although timings are infrequent (operated by Bus Eireann).

Scheduled flights are operated by Aer Lingus, Flybe and Ryanair to destinations including London Gatwick, Edinburgh, Bristol and East Midlands. A quick note that Knock airport does charge customers prior to departure on the exit flight (currently 10 Euro), which can be a bit frustrating if you don't know in advance!

If you can't get a flight to either of the above, another alternative would be to fly to Ireland's principal airport in Dublin, 200km from Galway. A good quality road network and regular bus services between the two mean it isn't that much more inconvenient. Buses by Bus Eireann, Citylink and GoBus all run services taking around 3 hours, but they will be non-stop and comfortable (even with wifi on some buses).

There are plenty of bars at the Sportsground, both inside and outside of the stands.

Less than five minutes from the Sportsground you'll find The Huntsman where you can eat, drink and sleep. Failing that, you are a short walk back to the City, and there are plenty of good pubs in and around Eyre Square;

If you want to keep the party going, there are a number of late bars (i.e. open until 2am on weekends) down at the bottom of Spanish Arch, including The Dail, Front Door, Busker Brownes and The King's Head. 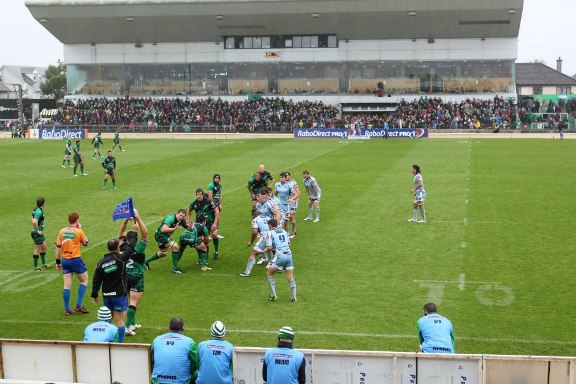 There are usually a few mobile food vans dotted around the ground, and inside the Main Stand there is a fast food-style outlet open on matchdays.

McDonagh's Restaurant and Fish and Chip Bar at the bottom of Shop Street is a popular spot with the locals, as is Quay Street Kitchen. The majority of the pubs listed above also do good grub, but if it's a hangover breakfast you are after look no further than Finnegans on Market Street accordingly to our man in Galway.

If you are looking for something a bit more upmarket, try Aniar (Galway's Michelin-starred restaurant) or the Park House Hotel on Eyre Square. 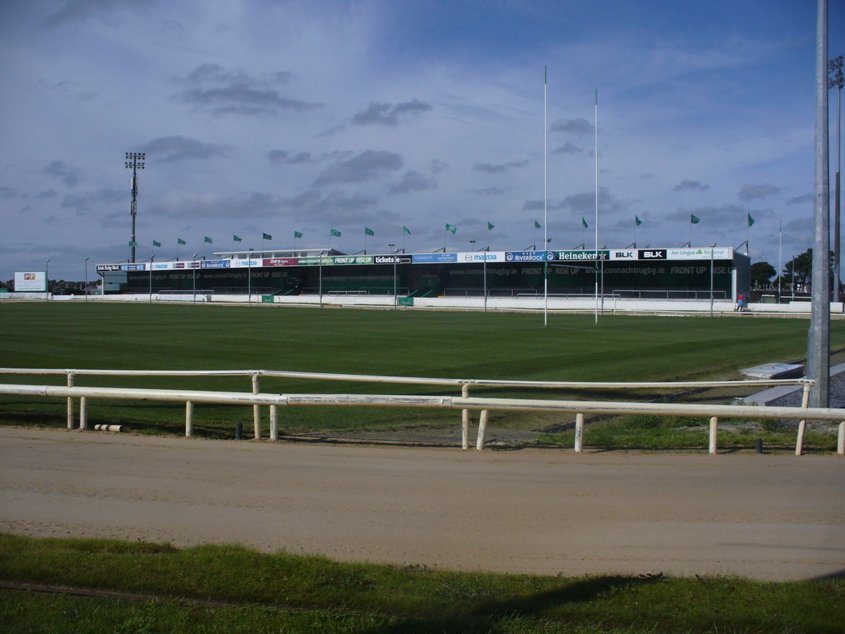 Galway is very popular with visitors, and has a ton of bed and breakfasts, hostels and hotels for away fans to avail of.

There are tons of these to choose from in Galway - an extensive list can be found here.

As a stag and hen destination, Galway has more than its fair share of hostels.

There is lots to like about Galway - a small, attractive city that is easy to navigate on foot. There are plenty of bars, cafes and restaurants on offer in the busy pedestrianised Quay Street area and live music everywhere you look. If you need some sea air head over to the Promenade in Salthill.

Galway is used as a base by visitors to explore the wild West of Ireland. If you are short on time there are companies in Galway offering day trips to attractions such as the Burren, the Cliffs of Moher and Connemara but the best way to explore if you can is with a hire car. Ferry trips also run to the rugged Aran Islands from Ros a Mhil port approximately 30km West of Galway.