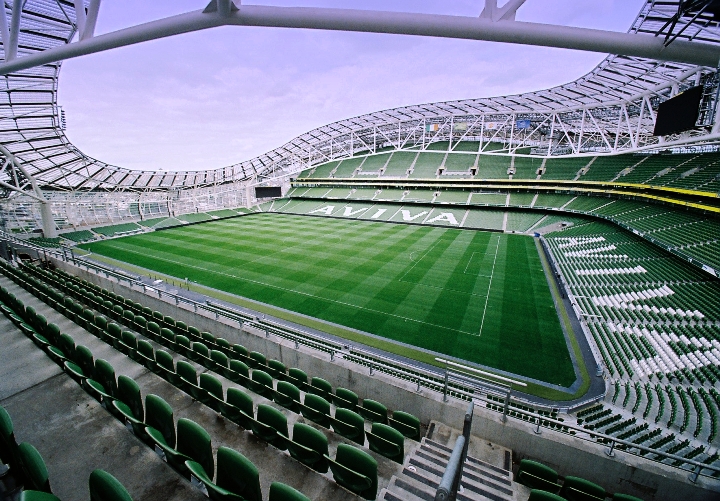 The Irish Rugby Football Union was founded in 1879 to manage all aspects of the game in Ireland, joining the IRB as a founder member in 1886. Unlike with soccer, the Irish national side represents both Northern Ireland and Republic of Ireland as one team. The senior side play their home fixtures at the Aviva Stadium in the South of Dublin, which in 2010 replaced the home of Irish rugby since 1878 - Lansdowne Road.

Ireland have competed in 112 of the Four/Five/Six Nations tournaments, winning on 11 occasions and sharing the title eight times. Their most recent success came in the 2009 tournament when the Irish took the Grand Slam after a memorable final-day win over Wales in Cardiff.

The Aviva Stadium is situated on the site of the old Lansdowne Road ground, which served Irish rugby well for over a hundred years before being demolished in 2007. The current name is the result of a 10-year sponsorship deal with an insurance firm. The ground is located around 3km from the City Centre in the  Southeastern suburb of Ballsbridge. 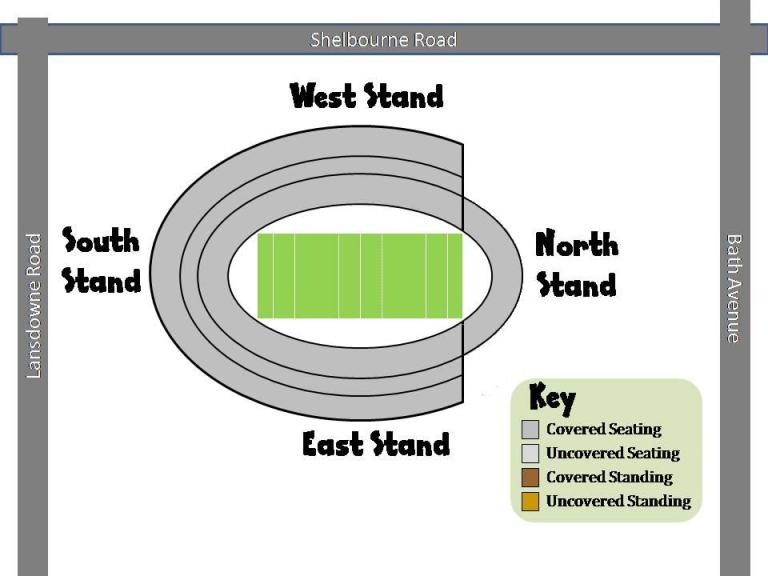 The stadium has a rather unusual modern design, with a transparent curved roof allowing light through to local residents as well as providing spectators with shelter from the wind and rain. The close proximity of housing has also led to a single-tiered North Stand, and the resultant reduced capacity often draws criticism - the Aviva Stadium has by far the smallest capacity of the Six Nations grounds at 51,700, despite Ireland drawing crowds of 80,000 at their temporary home of Croke Park (home of the Gaelic Athletic Association) during the rebuild.

The other three sides of the ground have three tiers of covered seating, with the top and bottom tiers for general ticketholders and the middle tier providing 10,000 premium seats, with added luxuries such as padded seats for those who have forked out for access to this section of the stadium.

Nevertheless, the Aviva is a comfortable, modern ground and getting in and out of the ground is well managed. 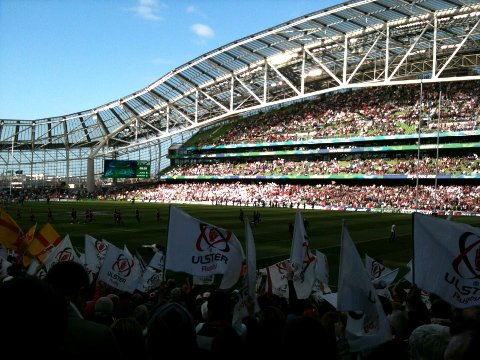 The car isn't really an option at the Aviva - an exclusion zone is in operation around the ground on matchdays and there is no parking available, so walk from the city centre (3km) if you're feeling fit or take one of the following public transport options.

The suburban railway in Dublin is known as the DART, and has a station at the ground known as Lansdowne Road, whilst Grand Canal Dock station also serves the ground. Direct services operate from Connolly Station, Tara Street and Pearse Station. You can view a map of the DART network here.

The light rail system LUAS's Green line runs from St Stephen's Green to Charlemont, which is a short walk from the Aviva Stadium. You can pick up a ticket at the station before boarding. You can view a map of the LUAS network here.

There are two ports in the Dublin area that receive passenger services.

Stena Line ferry services run from Holyhead in North Wales to Dublin, taking just over 3 hours. Irish Ferries also operate on this route, taking between 2 hours and just over 3 hours depending on the service chosen. Bus connections to the City Centre are operated by Dublin Bus and take around 30 minutes.

Stena Line ferry services run from Holyhead to Dún Laoghaire, taking around 2 hours. From Dún Laoghaire, you can take the DART suburban railway to Dublin or mainline rail services. Buses also operate from Dún Laoghaire to Dublin. It is also the handier port for the stadium itself, as it is located to the South of the city. 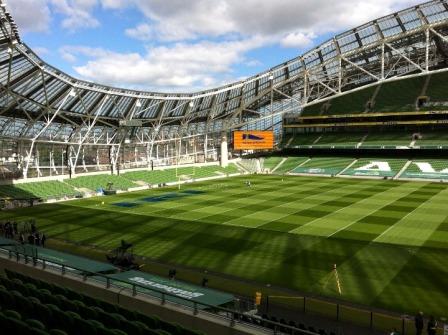 No problems here - there are almost 30 bars throughout the stadium, with fast-pour taps ensuring that pints can be served quickly and efficiently to the thirsty masses.

Unsurprisingly Dublin is not a bad place for a tipple, with plenty more than Guinness on offer. The good people at Leinsterfans.com have created a comprehensive guide to the top bars and hotels in the area around the Aviva Stadium that can be viewed here.

You are unlikely to go hungry in Dublin, which caters for type of budget and preference, although the popular tourist areas will tend to be a little more expensive. 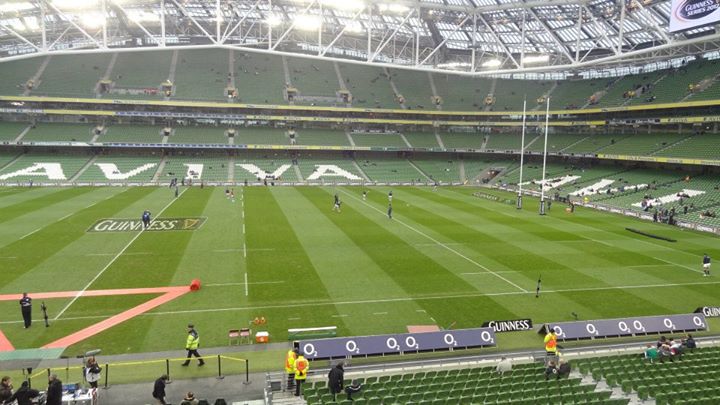 View from the West Stand

From luxury hotels to dirt-cheap hostels, Dublin caters for every type of visitor so simply search online. The majority of first-time visitors stay in the City Centre close to the action, although if you want a more relaxed stay and to be close to the popular restaurants and bars of South Dublin (and the Aviva Stadium), you could consider staying in the Ballsbridge / Donnybrook area - check out the map here for recommendations from the guys at Leinsterfans.com. 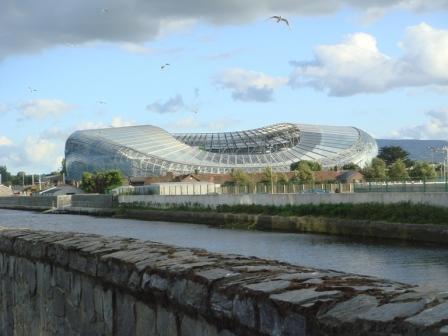 Dublin is one of the most popular tourist destinations in the world, famous for its nightlife, history and a list of attractions too numerous to include here. Whether you are into fine dining, exploring history or a night on the tiles, Dublin should fit the bill. Wikitravel offers a pretty extensive guide.